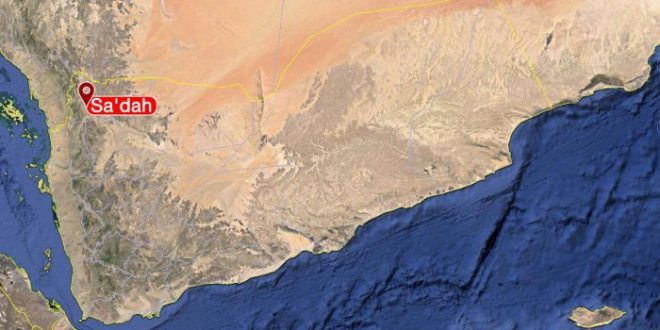 Yemeni Homes and Farms Under Saudi Bombs in Saada

Houses and farms of citizens in Saada have been struck on Monday, with rockets and artillery shells, leading to serious damage.

The homes and farms of the civilians in the bordering district of Munebah were subjected to Saudi artillery and rocket attack, resulting in huge damage inflicted by property, a source reported.

The source added that a series of air raids targeted various areas in Saada.

In the past few hours, the Saudi-led coalition has targeted residential areas in the districts of Munebah, Razah, Shada, Baqam, and al-Daher with dozens of rockets and artillery shells.

The Saudi-Led Coalitoin Has Taken Yemen 100 Years Back in Time: French Webiste

Dubai Will Be Affected by our Combat Drones and Ballistic Missiles: Army Spokesman