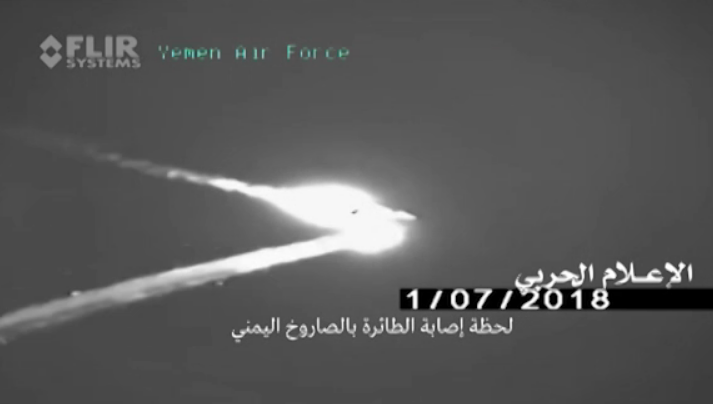 Saudi Reconnaissance Drone in Najran Shot down by Yemeni Forces

Yemeni armed forces have intercepted and targeted a Saudi unmanned aerial vehicle as it was flying in the skies over the kingdom’s southwestern border region of Najran.

An unnamed Yemen military source said Yemeni air defense forces shot down the drone as it was on a reconnaissance mission near al-Khazra border crossing on Tuesday evening, Ansarullah movement said in a statement.

Separately, a barrage of Saudi missiles and artillery rounds rained down on residential areas in the Monabbih district of Yemen’s northwestern province of Saada.

There were no immediate reports about possible casualties and the extent of damage caused.

Dozens of them were killed and injured after they attempted to sneak into the area of Tabat Alrubah in the province, a military source, speaking on condition anonymity, told YemenExtra .

They also fired a number of Katyusha missiles at a gathering of the coalition’s paid fighters in Nehm, leaving dozens of them dead and injured.

Unprecedented Collapse of the Yemeni Currency Leads to Inflation