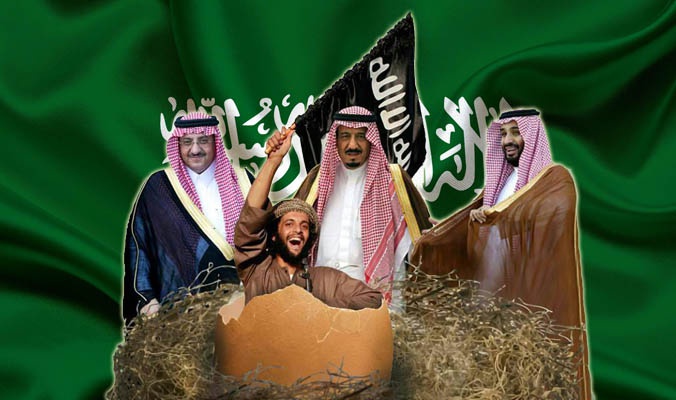 “Saudi Arabia is one of the most dedicated and dangerous sponsors and supporters of terrorist groups not just in the region but also in the West,” Manuel Ochsenreiter, the director of German Center for Eurasian Studies, told Tasnim.

Following is the full text of the interview.

Tasnim: As you know, 25 people were killed and dozens of others injured after unknown terrorists opened fire at a military parade in Iran’s southwestern city of Ahvaz on Saturday. What is your take on the attack?

Ochsenreiter: This terrorist operation shows very well that Iran is a country which is threatened by the same terrorist forces threatening Syria and many European countries. The political pattern of the terrorists opening fire in Ahvaz is the same as those killing civilians with a truck in Germany or France. It is a shame that Europe stays so silent about the Ahvaz attack.

Tasnim: According to media reports, the al-Ahvaziya terror group, whose recruits are believed to be scattered in several European countries, including in the Netherlands and in Denmark, claimed responsibility for the attack in Ahvaz. The terror outfit, which is backed by Saudi Arabia, has a record of carrying out sabotage acts in Iran’s Khuzestan province, which encompasses Ahvaz and some other Arab-dominated towns. How do you see the role of Riyadh in the attack?

Ochsenreiter: Saudi Arabia is one of the most dedicated and dangerous sponsors and supporters of terrorist groups not just in the region but also in the West. At the same time, Western countries declare Saudi Arabia an “important ally” in the war on terror. This is a twisted and dangerous stance towards Riyadh by the West. The fact that these terrorist organizations can recruit their “fighters” in Europe is a shame for the European security agencies. And it is a shame that Iran is still considered by many European governments as a “terrorist sponsor” while Tehran is fighting terrorism in Syria.

Tasnim: Following the attack on Saturday, Abdulkhaleq Abdulla, an adviser to the Abu Dhabi government, justified the attack on Twitter, claiming that it was not a terrorist attack and that “moving the battle to the Iranian side is a declared option”. “Attacks of this kind will increase during the next phase,” he said. What do you think?

Ochsenreiter: Some decades ago such a statement would have been considered as a type of “declaration of war”. For a sovereign nation such as Iran such statements are unacceptable. And again: It would be now about Europe to teach Abu Dhabi a lesson. If the government of UAE doesn’t immediately distance itself from Mr. Abdulla, it should be put under sanctions. This is not just in the interest of the inner security of Iran – but also of Europe. It is not just about Iran, it is about diplomatic and political principles. If the UAE neglects these principles for Iran, it will sooner or later neglect them also for Europe.