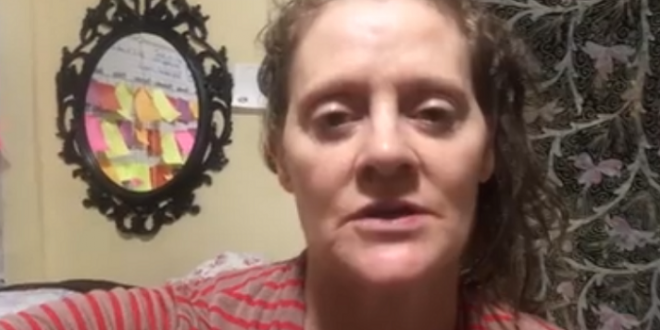 An activist from the Bay area, Pamela Bennett, has been on a hunger strike for five days in a row to express solidarity with the Yemeni people and to also condemn the overall Saudi imposed siege on Yemen, which is backed by the United States.

Bennett said that she is not satisfied with herself when she eats, knowing that the Yemeni people are being starved to death because of American support for the Saudi-led coalition, and that ‘s what prompted her to go on a hunger strike to inspire understanding.

Bennett asks: “Why should I eat when Yemenis cannot do this? This is unfair, so I’ve decided to participate in their starvation.”

The American activist stresses that she is determined to continue because she feels that she is much closer to Yemen that way. She said that this method is provoking her to persuade people to put pressure on US politicians to stop the Saudi aggression on Yemen.

She also pointed out that she is working with another activist to deliver the suffering of the Yemeni people and try to convince Americans to call their representatives in order to persuade them in stopping the aggression on Yemen, while another woman offered to continue the strike when Bennett cannot continue to do so, she said.

Bennett has been publishing on her Facebook and Twitter accounts since she started a hunger strike five days ago, in which she calls on international public opinion to stand by the Yemeni people and put pressure to stop the war.

Humanitarian organizations say the famine in Yemen has reached over 18 million Yemeni citizens, including 4.5 million children. The UAE-Saudi coalition has imposed a siege on Yemen for nearly four years, in parallel to using local exchange rates as a new strategy in the conflict to impose an economic war on all Yemenis.