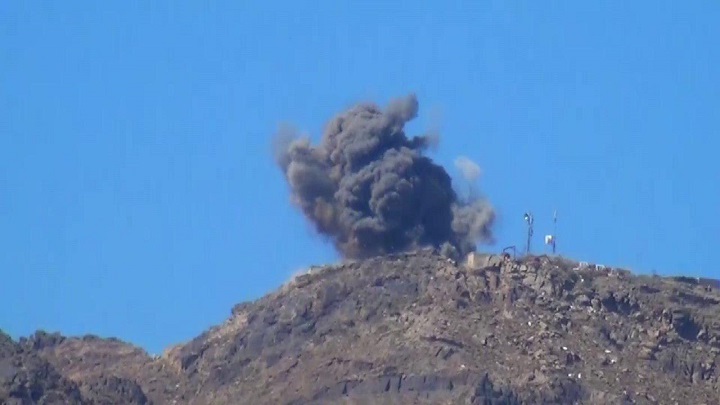 Arabic-speaking Yemeni channel, Almasirah, documented the state of panic caused by the raids among the students of Arwa School in Haidan district, in addition to the bombardment of towers and engines of the local communications networks in Haidan.

The US-backed coalition continues to intensify raids on the province of Saada targeting various vital installations in the province.