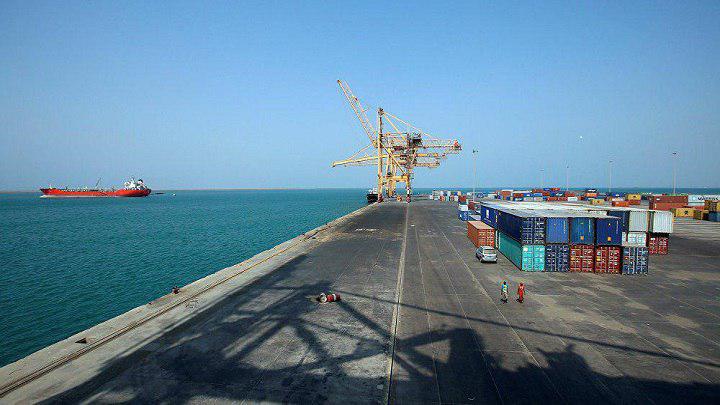 The Economic Commission on Wednesday confirmed that the coalition led by Saudi Arabia and the United Arab Emirates is holding a number of ships carrying goods near the bordering province of Jizan even though they got permits from the United Nations.

In a statement released today, the committee said four vessels carrying basic necessities were now being held at the port of Jizan despite receiving the required UN authorization.

The statement also pointed out that 4 million people in the coastal port city of Hodeidah are below the poverty line and on the verge of famine due to the aggressive policy followed by the Saudi-led coalition.

In a separate context, the Economic Committee stressed that Saudi Arabia’s attempt to extend a pipeline of oil from Kharrakhir to and through the al-Mahrah Yemeni province, which blatant violation of Yemen’s sovereignty and reveals the real face of the Saudi regime.

In a previous report,The United Nations World Food Program (WFP) said Tuesday that operations in Yemen’s main port located within the coastal city of Hodeidah had fallen to nearly half in two weeks due to the lack of security in the city as a result of the escalation by the Saudi-led coalition on the port city.

The port is considered to be a vital lifeline for the Yemeni people as more than %70 of humanitarian aid, food, medicine, petroleum and many other goods come through; thus, UN special envoy to Yemen has declared that the port must operate at all costs.

In such a vital port, it was abnormal that it only received a single ship on Monday, the UN said.

The United Nations security council was told by the US to hold a draft issued by the UK that demands an immediate truce within the impoverished country, which shows that the US is attempting to hamper international efforts that can lead to peace in  Yemen.

In a message sent to other council members on Tuesday, the US mission signaled that it was reluctant to act on the UK-drafted resolution until after the talks had taken place in Stockholm in early December.

“We look forward to offering more substantive comments to the draft once we have more information on the outcomes of the upcoming consultations,” the message said.

It is worth to mention that Britain handed over the resolution to 15 members of the security council about a week ago while calling the warring parties in Yemen to resume peace negotiations.

The draft gave the parties involved in the conflict a two-week deadline to remove all barriers to humanitarian aid, halt attacks on civilian areas and allow unhindered access to the strategic port city of Hodeidah.

UN diplomats said that Griffiths was hoping to bring the warring sides to Sweden for negotiations that could begin as early as December 3.

The diplomats, however, said they did not expect a vote this week on the measure due to the US’s reluctance to put pressure on the Saudi-led coalition, which has Washington’s firm support in the bloody war against Yemen.

During a meeting with Griffiths in Sana’a on Thursday, the leader of the Houthi Ansar Allah movement praised positive initiatives and practical steps, which seek to ensure a political solution to the Yemeni conflict.

Abdul-Malik al-Houthi then demanded an immediate end to the Saudi-led aggression, the removal of the blockade and humanitarian aid deliveries to war-stricken people.

Last week, the administration of Hadi announced that it would take part in the proposed peace talks in Sweden, hours after the chairman of the Supreme Revolutionary Committee of Yemen, Mohammed Ali al-Houthi, said Ansar Allah fighters were halting their retaliatory attacks as a goodwill measure to speed up the “peace” process.

Griffiths says that he has received “firm assurances” that the warring Yemeni parties would attend talks in the Swedish city of Stockholm.

The Saudi-backed side has, however, stepped up the raids aimed at seizing Hodeidah despite the peace efforts.

Ansar Allah has warned that the rise in Saudi assaults on Hodeidah could frustrate efforts by Griffiths to rekindle peace talks in Sweden next month.

No Improvement During This Year in Yemen’s Economic Situation of Continuation of War: Report