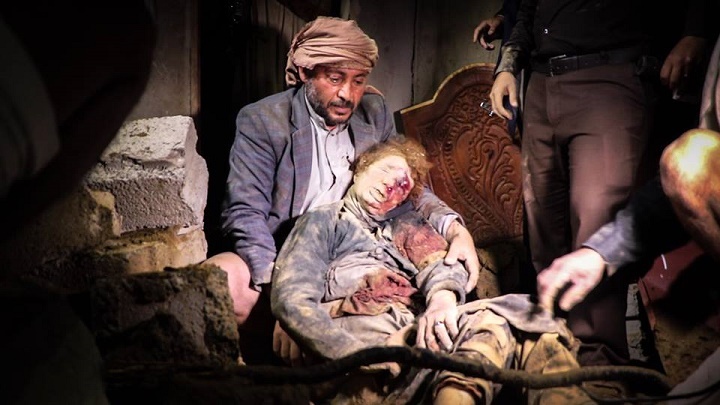 More than 60,000 people have been killed in Yemen in the last two years – a figure six times higher than previous estimates – according to a new assessment.

The figure of 10,000 used by the United Nations is outdated and nowhere near the likely true fatality figure of 60,223, according to UK-based independent research group  (ACLED).

Calculating death tolls in Yemen, which is approaching its fourth year of war, is complicated by the lack of access.

The figure offered by ACLED, which looked at open-source data and local news reports, does not include those thought to have died from malnutrition. Save the Children charity says some 85,000 may have died from starvation since 2016.

“Fatality numbers are only one approximation of the abject tragedy and terror forced upon Yemenis from several sides. This cannot be overstated,” Ms Raleigh said.

The number has increased year on year, which they say could be explained by Saudi Arabia’s intervention in the war on behalf of the Yemeni government now in exile.

The Saudi-led coalition has been battling  Houthis in the Red Sea port city of Hodeidah, the most strategic port in the country.

Last month was the deadliest on record, with 3,058 killed.

Both sides have gathered for UN-sponsored peace talks in Stockholm this week, the first in two years.

Martin Griffiths, UN envoy to Yemen, is asking both sides to withdraw from Hodeidah, where coalition forces have massed on the outskirts, in a bid to prevent a full-scale assault.

His proposal envisages an interim entity be formed to run the city and port, and international monitors deployed.

Both sides agree to a UN role in the port, the entry point for most of Yemen’s commercial imports and vital aid, but differ on who should run the city.

The Houthis want Hodeidah declared a neutral zone while President Abdrabbu Mansur Hadi’s government believes it should fall under its control as a matter of sovereignty.

They have also yet to agree on reopening Sana’a airport, shoring up the central bank and a transitional governing body. Some progress has been made since the talks were launched last week with a prisoner swap deal.

The two sides this week exchanged lists of about 15,000 prisoners to be released under supervision of the International Committee of the Red Cross. Another round of talks could be held in early 2019.

Western nations, some of which supply arms and intelligence to the Saudi-led coalition that intervened in Yemen in 2015, want an end to nearly four years of war that have killed tens of thousands of people and pushed millions to the brink of famine.

US President Donald Trump said this week he could abide by legislation being considered by the Senate to end US support for the Saudi-led war effort following outrage over the October 2 murder of Saudi journalist Jamal Khashoggi in the kingdom’s Istanbul consulate.

“I hate to see what’s going on in Yemen,” Mr Trump said. “But it takes two to tango. I’d want to see Iran pull out of Yemen too, and I think they will.”

Putting an End to U.S. Involvement in the War on Yemen