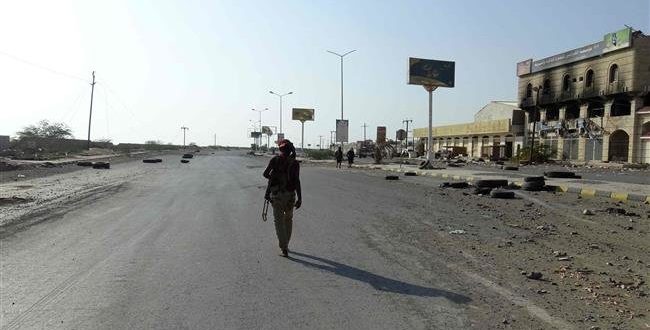 Warring parties say the due date of the agreement on a ceasefire in the port city of Hodeidah will begin on Dec. 18,  noting that the United Nations has also confirmed this date. However, there have been several eruptions by the Saudi-led coalition, as it escalated its military operations against Hodeidah since the finishing of Yemen peace talks last Thursday, resulting in the killing of civilians, including children.

On Monday, a child was killed while 5 other civilians were injured, including a child whose injuries doctors say are serious as a result of the bombing on residential neighborhoods by the Saudi-UAE coalition mercenaries in the Hali district within the coastal province of Hodeidah.

The most aggressive murder of today was the killing of the child, as a bullet went through his head and killed him immediately. The bullet was shot by the mercenaries of the Saudi-UAE regimes and the little boy was herding sheep.

According to a local official source from the province of Hodeidah, mercenaries affiliated with US-backed Saudi-led aggression used artilleries on Sunday night in the shelling of residential areas in the city and its outskirts, despite the truce agreement regarding the Hodeidah issue during the peace consultation between warring rivals in Stockholm.

The source pointed out the bombardment caused by the Saudi paid mercenaries targeted one of the villages in the outskirts of the city, while another ground shelling targeted the factory ”Nana” in the Kilo-16 area, leading to the break of fire inside the factory.

Yesterday, a press conference by the spokesman of the Yemeni armed forces was held, in which he pointed out that the coalition has carried out 12 air raids on Hodeidah, saying it is ” a clear violation of the Stockholm agreement.

More than 80 artillery shells targeted the areas of Kilo-16 and the 50 street and July 7 and neighborhoods adjacent to the city of Hodeidah.

At 10 pm on the evening of Sunday, November 16, the Saudi-led warplanes launched a raid on the Ras Issa area in the province of Hodeidah, which is a region nearby the port that feeds 30 million Yemenis.

Sources within the city of Hodeidah say this kind of escalation is considered to be the biggest in nearly a month, pointing out that the United Nations food supply has not reached the province of Hodeidah since the visit of the UN envoy to the province.

The Public Health Department in Hodeidah confirmed that Hodeidah hospitals and health centers all over the province suffer from a severe shortage of medicines and medical supplies.

The local authority in Hodeidah condemned the continued escalation of the forces of the Saudi-UAE aggression in the West Coast during and after Sweden’s negotiations, which were aimed at achieving peace in the whole Yemeni homeland, not to result in a stronger escalation.

The local authority denounced in a statement the bombing of the houses of citizens in the neighborhood of 7 July and a number of other areas in the outskirts of the city, in addition to the targeting of the West of Kilo-16.

The communiqué condemned the irresponsible actions that violate the talks held in Swedish that called for a cessation of hostilities and the start of a comprehensive peace settlement, the latest of which was resulting in a fire on the Nana factory after targeting it with shells, which is considered to be the last factory producing dairy products in the province after Yemeni factory was targeted in a preset time, which merely tightens the siege, especially by depriving milk from infants and children.

The statement considered that these actions are reckless and irresponsible and do not serve the humanitarian situation in Yemen specifically Hodeidah for which its the only lifeline left for the Yemeni people.

The statement called on the international community to take full responsibility in rescuing the humanitarian situation in the province and stopping the ongoing crimes committed by the Saudi-led aggression against innocents and civil institutions.

This escalation by the Saudi-led coalition and the deliberate targeting of residential areas comes after the agreement of Sweden’s consultations sponsored by the United Nations and representatives, ambassadors of the international community, which states on a cease-fire in the whole governorate.

Saudi Arabia alongside the UAE and many other regional countries launched a military campaign on the poorest country in the Arab region, under the attempt of restoring ex-president and the former government into power after they were ousted by a revolution by the Yemeni people.

Since then, nearly 56,000 thousand Yemenis have been killed, according to the Yemen data project.

The UN has been putting pressure on both sides of the conflict to end the war that has caused the country to reach the brink of famine, and this catastrophe is said by the UN Resident Coordinator Lise Grande a ”man-made” crisis.

This post originally ran on Yamanyoon and was written by Issac Ali.

US National Security Advisor in eastern Yemen.. What is she doing there?