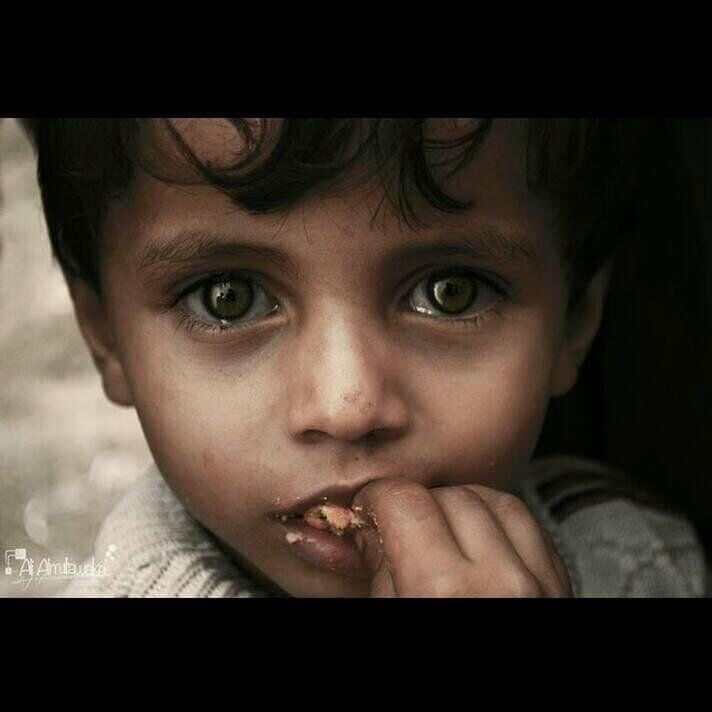 On Jan 3, 2019
1,349
Share
YemenExtra
SH.A.
The outrageous Saudi-led war on Yemen is all about starving a nation and stealing its riches, where Western aid is eclipsed by the billions brought in through the bungling, deceitful sale of weapons to Saudis and their allies.

While the world celebrates the New Year, report after report reveal that amid famine and rampant disease, food aid pouring in from across the globe, meant to curb the world’s worst humanitarian crisis, is in fact “being snatched from the starving” by armed forces allied with the US-backed, Saudi-led coalition.

The warmongers block food aid from going to the besieged areas, divert it to front-line combat units, or sell it for profit on the black market. The United Nations and observers on the ground attribute the near-famine conditions in much of the country to the Saudi blockade of ports.

The UN World Food Program says it has already documented food aid diversion “at a time when children are dying in Yemen because they haven’t enough food to eat; that is an outrage.” Save the Children also says some 85,000 children under age five have starved to death since the brutal war began.

This shouldn’t happen at a time when peace talks and a ceasefire agreement are still in place. The talks in Sweden have led to a reduction in fighting and this should ease the challenges of getting food aid into and out of Hodeida, the port city that is a gateway to the north. Donors should be able to get more food in. But here is the smell of blood still:

– The futile bombing campaign continues apace. The Saudis and their allied forces have been killing around a hundred civilians a week for more than three years now. The harshest criticism of the Saudi-led war has focused on the airstrikes that have killed thousands of civilians at weddings, funerals and on school buses, aided by American-supplied bombs and intelligence. The war in Yemen has killed upwards of 57,000 people since March 2015, left 8.4 million people surviving on food aid and created a cholera epidemic.

– International aid experts and United Nations officials say a more insidious form of warfare is also being waged in Yemen, an economic war that is exacting a far greater toll on civilians and now risks tipping the country into a famine of catastrophic proportions.

– The punitive economic measures are allegedly aimed at undercutting the Ansarullah fighters who control vast parts of Yemen. Tight blockades, stringent import restrictions and withholding the salaries of about a million civil servants have landed on the backs of civilians, laying the economy to waste and driving millions deeper into poverty.

– Infrastructure destroyed, jobs lost, a weakening currency and soaring prices are the clear results. But in recent weeks the economic collapse has gathered pace at alarming speed, causing top United Nations officials to revise their predictions of famine.

– The US government has been the key supporter of the Saudi-led coalition, providing arms, intelligence, logistics, military training and diplomatic cover. This has made the Trump administration complicit in Saudi war crimes. More recently, an attempt to push through a UN resolution calling for an end to the war was stalled by the US, reportedly after a lobbying campaign by Saudi Arabia and the United Arab Emirates.

– The US government claims to have one of the most rigorous arms control regimes in the world, yet evidence of attacks on medical facilities and schoolchildren in Yemen is clear. War is the primary cause of death, injury, famine and disease in Yemen; and American arms are causing twice as many civilian casualties as all other forces fighting.

Sadly, the UN is yet to hold the Saudis and their American partners to account. They bear primary responsibility for Yemen’s humanitarian disaster. They are attacking civilians, aid and humanitarian actors, and attempts to disavow their responsibility for war crimes simply don’t stand up. The time has come for the UN and the international civil society to call for an embargo on Saudi Arabia and an end to Washington’s complicity and deceit.

“Many of politicians and Officials Fallen Out in Swamp of Conspiracy with Enemies”: Al-Houthi