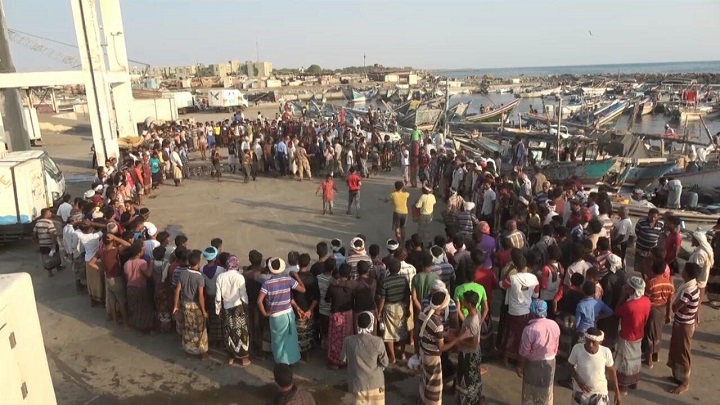 Fishermen of Hodeidah city have held a protest denouncing and condemning the US-Saudi crimes against the fishermen, the latest of which was the kidnapping of more than 170 fishermen with their boats, near Tarfa island of Red Sea.

In the protest, which was held at the fishing port, the participants considered the crime as a deliberate attack by the aggression and mercenaries against fishermen, depriving over seventy families of their livelihood from fishing in the sea.

The participants called on the United Nations and international organizations to stop the aggression crimes against Yemenis, lift the unjust siege on the ports, and investigate these crimes to punish the perpetrators in accordance with international and humanitarian law.