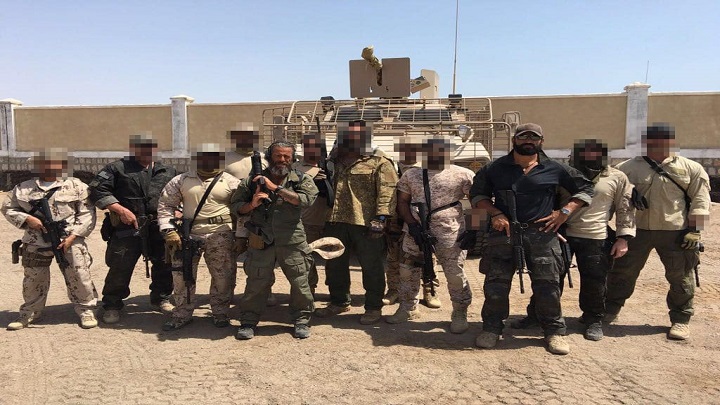 Senegal announced to send 2100 soldiers to Riyadh to fight alongside the Saudi-led coalition forces, backed by the US, in Yemen, the new Khalij news website reported on Monday.

The latest deployment came by the Saudi leaders following Senegalese president Macky Sall’s visit to Saudi Arabia.Senegal’s authorities decided to send fighters to Saudi Arabia is not the first time that troops will set foot in the Saudi territory.

The demand by the Saudi leaders came after the Yemeni army forces inflicted the Saudi army heavy casualties in the battle fronts, especially in the Saudi border.

The Sudanese Sudan Tribune Newspaper said that about 600 of the rapid support forces, mostly children under the age of 18, were deployed to Yemen from the airport in the city of Nyala, South Darfur at the end of last April to put them in the crematoria and futile battles to protect the Saudi border areas, rather than Saudi army. More than 1,000 Sudanese paid fighters, including commanders and officers, have been killed over the past year by Yemeni army forces, as well as many Sudanese prisoners who have fallen into the grip of the Yemeni army forces on the West Coast and Medi fronts.

A US journalist revealed important details about the UAE’s relationship with Blackwater, which works to hire paid fighters to fight anywhere and on demand. The newspaper reported that while signing an agreement to bring fighters, Mohammed bin Zayed did not bring Muslim fighters out of fear they could not kill their Muslim brethren. The New York Times newspaper stated that the UAE signed with the company, headed by billionaire Eric Prince founder of (Blackwater,) an agreement which is a secret contract worth $ 529 million for the services of 800 paid fighters

Tel Aviv is a partner to the Saudi war on Yemen and is “reaping the profits” from its partnership in the brutal war, Israel’s leading daily Haaretz, revealing that Israeli officers are training foreign paid fighters, led by the Colombians and Nepalese, in UAE-funded camps situated in Negev Desert.

In a report, Haaretz cited London-based Al-Khaleej Online as saying that the paid fighters have been recruited by Mohammed Dahlan, security adviser to Abu Dhabi Crown Prince Mohammed bin Zayed Al Nahyan, according to sources in a US House Intelligence Committee.

Dahlan had “visited these camps on more than one occasion to check the progress of preparations and training received by mercenaries, under the personal supervision of the Israeli occupation army officers,” the report said.

Hundreds of paid fighters fighting with Abu Dhabi have been recruited into a special unit of the Presidential Guard, which is directly under the command of an Australian general, whose mission is to carry out specific operations against southern leaders and to train subordinate forces of the UAE. The leaders of these units of different nationalities. They have to agree to be buried in the places where they are killed or leave when they are asked to. The UAE authorities pay them very large salaries. Most paid fighters to fight for money their ages between 20 and 32 years, Qatari East, website, stated in a report.