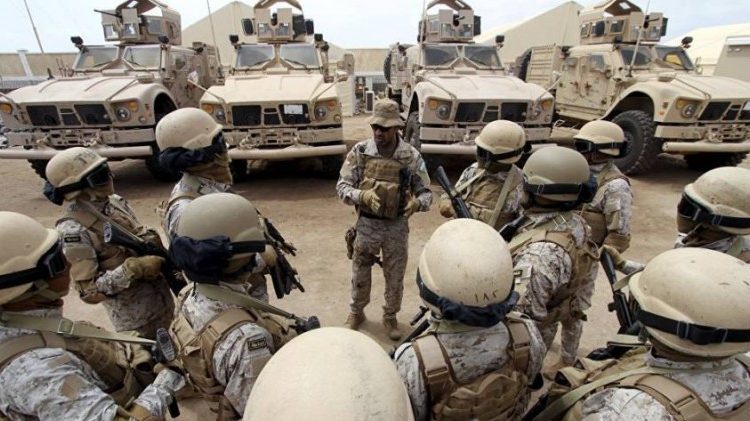 US forces Germany to commit crimes in Yemen: German official

Former German Chancellor Gerhard Schröder criticized the US policy with European countries, especially with his country, and called on German officials to seek out other allies that respect the country and its sovereignty.

The former German chancellor’s remark came during an interview with the German channel “N-tv” , saying that “it is unbearable; we are being treated like an occupied country.”

German MP Thomas Hitschler criticised his government for continuing to allow arms exports to countries participating in the war in Yemen.

Speaking to the German Press Agency (DPA) , Hitschler said he could not see why arms exports continued to the region.

He added that the German arms exports to the UAE, an active member of the coalition fighting in Yemen, is “unacceptable”.

The Social Democratic Party (SPD) minister explained that there is no room for “misinterpreting” the coalition government’s agreement on this matter which states that “no exports to countries participating in the war in Yemen”.

The German parliament (Bundestag), President Frank-Walter Steinmeier called on the crown prince of Abu Dhabi Mohammed bin Zayed to seek a way to “fast-end the Yemen war” during their meeting in Berlin .

Members of the Yemeni, Iraqi and Afghan communities in the city of Flensburg, Germany, have organized a stand of solidarity with Yemen on Saturday against the coalition’s crimes, calling on the international community to lift the blockade of Sana’a airport.

The stand of solidarity coincided with a huge Twitter campaign (#EndYemenSiege) that kicked off , demanding that the blockade on Sana’a international airport should be lifted.

Arab and Yemeni activists in cooperation with the Turkish community in Germany staged solidarity Stand with the oppressed people of Yemen against the coalition war and unjust blockade imposed on the all Yemeni ports and outlets.The event took place at Hagen, the 41st-largest city in Germany.

At least 40 German peace organizations asked German Chancellor Angela Merkel to criminalize the export of arms to Saudi Arabia, on the backdrop of the killing of Saudi journalist Jamal Khashoggi inside the Saudi Consulate in Istanbul.

The claim came in a letter the organizations intend to hand over to Merkel next Monday and began a campaign of signatures to support the open letter.

Western arms exports to the Middle East have also witnessed visibly amid the war on Yemen.

The German daily Zuddeutsche Zeitung reported that the German government had confirmed that the Eurofighter Typhoon and Tornado fighter jets had been used in the war on Yemen. The jets are produced under joint weapon development projects with other European countries such as Britain and Italy.

Losses of Sanaa province due to coalition aggression exceed $1.5 bln

International reports .. The UAE ensured the implementation of its project in Yemen after its withdrawal by recruiting more than 100 thousand paid fighters, including leaders