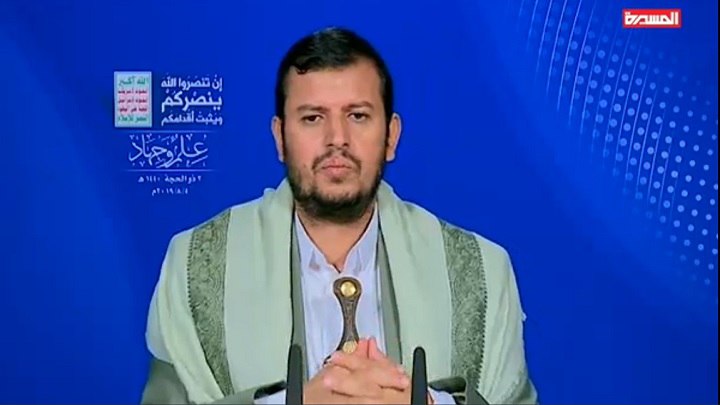 Sayyed Abdulmalik Al-Houthi advised Sunday, the UAE to put an end to its participation in the war on Yemen, and to be serious in declaring the withdrawal from Yemen, “it is beneficial for its economic situation,” he explained.

He also said that the continuation of the UAE participation in the aggression and in the occupation of Yemen represents a danger to it and they are responsible for taking part in this war, pointing out that the Saudi-led coalition is in a state of confusion and disintegration day after day.

He condemned all forms of exploitation of the pilgrimage, including speeches that adopt positions hostile to the Yemeni people and the nation and are in favor of normalization with the Zionist enemy.

As for what happened in Aden from racist practices, Sayyed Abdulmalik said that this reveals the reality of the foreign partition and fragmentation projects in our country with their doctrinal, regional and racist titles. He noted that the interests of Yemenis are in brotherhood, cooperation, peace and stability.

“The practices in Aden is a scandal for the enemy and their agents and must face condemnation and the strengthening of fraternal ties,” he said.

Sayyed Abdulmalik added that all countries of arrogance, including US, has an intellectual activity to enslave and control people, stressing that the nation can not achieve political and economic independence for itself unless it obtains cultural and intellectual independence. He also added that there are also paths of action emanating from the national vision to meet the challenges of the Saudi-led coalition on the economic side.