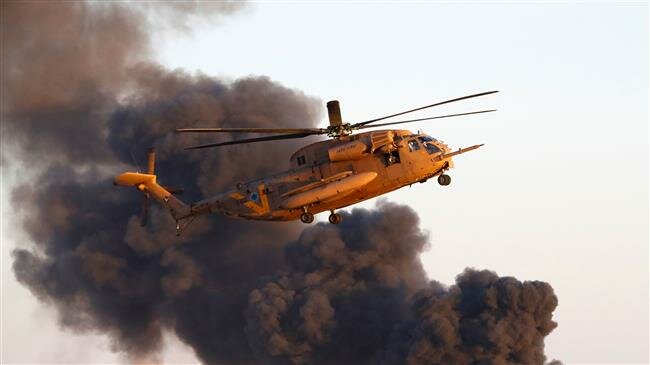 The Israeli military is planning to attack Ansarullah, a new report says, a move that is claimed to be part of the Tel Aviv regime’s attempts to ensure the group never comes in contact with Iran.

According to Press TV, the Kuwaiti newspaper Al-Jaridah said Thursday that Israel was gearing up to pound targets of the Ansarullah and Lebanon’s Hezbollah resistance movement in Yemen, near the Straits of Bab-el-Mandeb separating the Red Sea from the Gulf of Aden.

The report claimed that the Israeli spy agency Mossad, as well as the regime’s Military Intelligence, were specifically looking for alleged attempts to deliver weapons from Iran.

It further claimed that some of the Houthis’ drones and missiles had been transferred to Iraq instead of in an alleged attempt to mislead the Israeli military, which is said to be behind a series of bombings that have targeted Iraqi popular mobilization forces, Hashd al-Sha’abi, over the past weeks.

According to al-Jarida and some Iraqi experts, the attacks on the group’s ammunition depots across Iraq have been carried out by Israel.

This falls in line with remarks by Israeli Prime Minister Benjamin Netanyahu, who did not reject a reporter’s questions about whether Tel Aviv was operating in Iraq.

“We are working against Iranian consolidation – in Iraq as well,” he said in an interview with Israel’s Channel 9 News broadcast on Thursday.

On Tuesday, several powerful explosions rocked an ammunition warehouse next to Balad airbase, which hosts US forces and contractors north of the capital Baghdad.

Abu Mahdi al-Muhandis, the second-in-command of the Hashd al-Sha’abi, said after the attacks that the United States and Israel were responsible for the attacks.

“We have accurate and credible information that Americans brought in four Israeli drones this year via Azerbaijan to operate within the US fleet to carry out sorties aimed at Iraqi military headquarters,” he said.

Karim Alaiwi, a member of the Security and Defense Committee in the Iraqi Parliament, also accused Israel of carrying out the attacks in an attempt to “weaken the force.”

The al-Jaridah’s sources confirmed to the paper that Israel was sharing military intelligence and target with Arab states that have ports in the region.

The US had also been informed on the operations and was closely following the latest developments about the alleged weapons shipments.

Iran, earlier this month, hosted Ansarullah delegation who met with Ayatollah Seyyed Ali Khamenei and delivered a letter from the Leader of the Revolution Sayyed Abdulmalik Al-Houthi.

Tehran and Ansarullah, however, have rejected claims of Iran transferring weapons to Yemen, arguing that such shipments are virtually impossible due to a years-long aerial and maritime blockade on Yemen by Saudi Arabia and the United Arab Emirates that have been leading a deadly war against the impoverished country since March 2015.

Press Conference for Armed Forces Spokesman To Be Held on Saturday