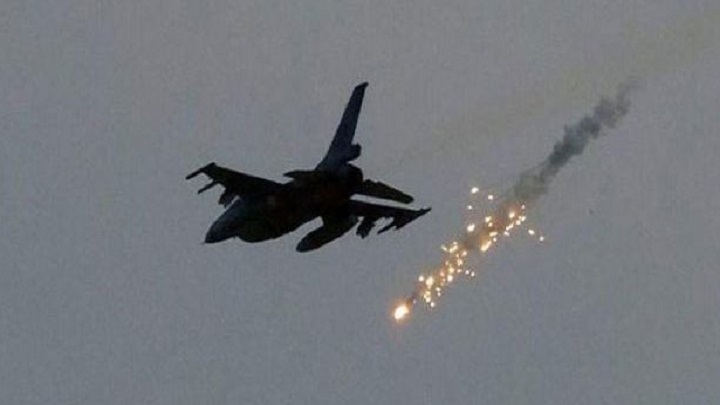 The Saudi-led coalition on Sunday launched 11 raids in Sana’a, Amran and Hajjah, targeting civilians’ and public and private property. A security source confirmed that the US-backed coalition launched 2 raids on Hamdan district in Sana’a.

In Amran province, a security source confirmed that the coalition warplanes launched 3 raids on Eal-Suraih district and less than 24 hours after they targeted the communications network in the same mountain with four raids.

The source explained that the Saudi-led coalition launched 5 raids on Haradh, in Hajjah, and one raid on Mustaba district, less than 24 hours after the US-Saudi aggression also launched 8 raids on Haradh

“The number of raids launched by the coalition against Yemen in a number of provinces over the past 12 hours has exceeded 39,” Yemeni Armed Forces spokesman Brigadier Yahya Sare’e tweeted on Saturday.

Yemeni Armed Forces spokesman Brigadier confirmed that the Saudi/UAE/US/UK continued bombardment indicates the unwillingness of Saudi Arabia and the UAE to respond to the peace initiative launched by the President of the Supreme Political Council, Mehdi Al-Mashat, to stop military operations on Saudi Arabia and warnings to the UAE.