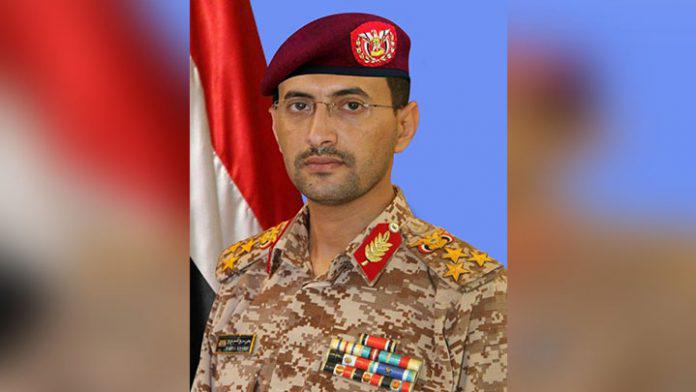 Armed Forces Spokesman Reveals Details About Yemen During Past 48 Hours

Armed Forces spokesman, Yahya Sare’e, revealed on Wednesday the US-Saudi airstrikes’ toll on the Yemeni governorates during the past 48 hours.

He mentioned that the Saudi-led coalition launched more than 17 airstrikes on different governorates in the past 48 hours.
The spokesman stated that the raids targeted civilians’ properties and farms, whereas most of them were on Sa’ada.

He announced on Monday that the Saudi-led coalition launched more than 39 airstrikes in 12 hours, 34 of them on Sa’ada governorate, 2 on Nehm, a raid on Al-Jawf and a raid on Hajjah.