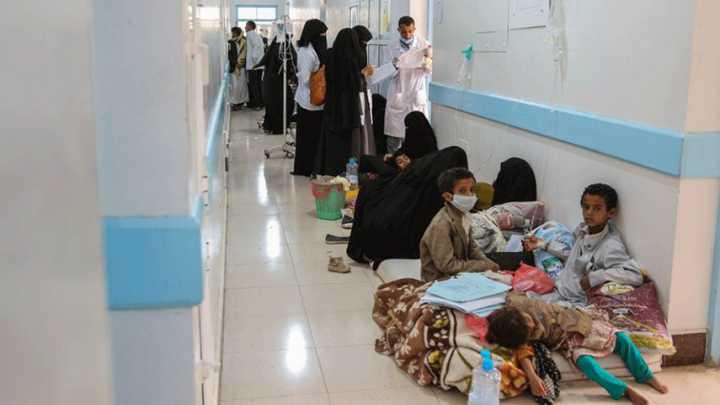 The World Health Organization (WHO) has reported 913 deaths and 696,537 suspected cholera epidemics in Yemen from early 2019 to September 29.

“Children under the age of five constitute 25.5 percent of the total suspected cases of cholera,” the organization stated, noting that 305 out of 333 districts in Yemen have been reported as having the epidemic.

The organization noted that there is an expected increase in the coming weeks in cases of suspected cholera, in some governorates due to heavy rains such as Hodeidah (west), Lahj (southwest), Ibb and Dhamar (central), in addition to the capital Sanaa.

It is worth mentioning that the Saudi-led coalition caused the spread of cholera epidemic by targeting the infrastructure, destroying the health sector and hampering efforts to remove the causes of the spread of epidemics in the capital Sanaa and other governorates.