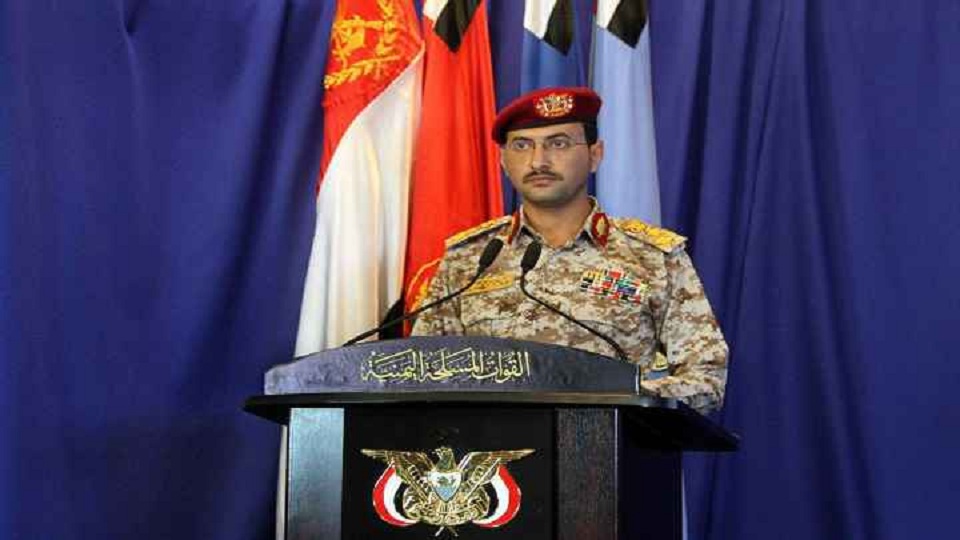 Military spokesman: Dozens of losses amid the Saudi-led coalition

Yemen’s military spokesman, Brigadier General Yahya Sare’e confirmed that that the Saudi-led coalition forces received a heavy blow on the border fronts during which dozens of its soldiers were killed and wounded, while others were captured.

“The army forces and popular committees have been able to counter a number of large-scale attacks by coalition forces on the border fronts despite heavy air support of more than 52 air strikes in the past 12 hours,” Brigadier General Yahya Sare’e said in a statement on Thursday, adding that the coalition forces failed and received painful strikes, leaving dozens of them killed, others wounded and captured.

On Wednesday evening, the military spokesman announced that the coalition forces continued escalation on the border fronts but without making any progress and inflicted heavy losses.

He said coalition warplanes launched more than 170 air strikes in 24 hours on Saada and Hajjah provinces.

Terrifying Figures Declared by UNICEF about Children in Yemen