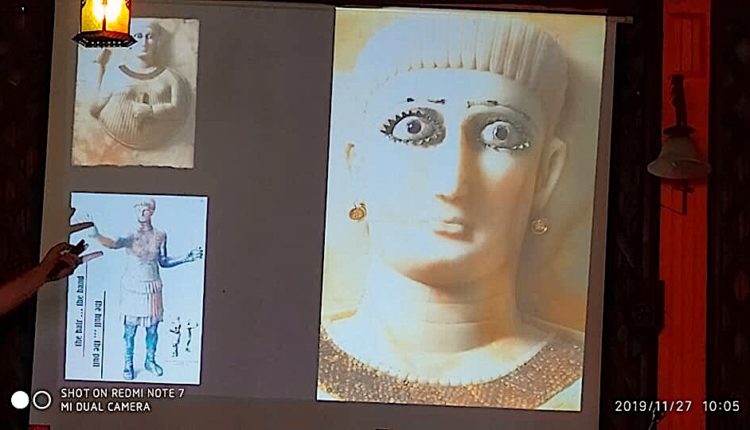 In a serious development of the UAE’s colonial role in Yemen, a US archaeologist revealed that the UAE has stolen Yemeni antiquities and smuggled them to sell to some countries, including America. Alexander Nagel confirmed that there are more than one million pieces stolen periodically.

The researcher added that a number of archaeologists traded the role of researchers, scholars and prospectors in order to implement the theft scheme for a history talking about Yemen, they worked to smuggle a number of antiquities to America and have museums containing pieces of millions of dollars and one of them has a fortune of $ 34 million.

Alexander Nagel revealed that antiquities were smuggled from Yemen through countries such as the UAE and Israel before they arrived in the United States, confirming the involvement of many explorers, academics and diplomats in the smuggling of antiquities from Yemen.

Nagel based his presentation on several pieces, documents, some publications in Musnadiy inscriptions page, and the researcher Abdullah Mohsen, who published on his page on July 4, 2018 about one of those pieces and said that it is a piece of antiquities that prevent the capital of the State of Qataban was donated with a number of token Friendship to Sir Charles Johnston, by Saleh Hussein al-Hubaily, son of Amir Bayhan.

The UAE at the Louvre-Abu Dhabi exhibits stolen and smuggled artefacts from Egypt, Iraq and Syria, part of which was sold to Abu Dhabi by gangs smuggling antiquities related to some terrorist groups in an expression of their rulers’ humiliation, vileness and involvement in illegal practices.