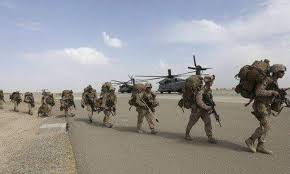 Yemen and the History of American Relations with Terrorism

Ever since the attacks of September 11, 2001, the United States has used “terrorism” to achieve hegemony in various parts of the world.

Observers believe that Washington is using terrorism to moderate its interference in the world. Since the occupation of Iraq in 2003, Washington has worked to undermine international relations, using a set of slogans such as “democracy” and “terrorism”, according to the requirements of American interests.

From west to east

Everyone was waiting for the emergence of America from the western coast, but it surprised everyone when it emerged from the coasts of eastern Yemen. This leaves us questioning American desires towards Yemen.

Alwan adds that such control does not only aim to harm Yemen, occupy parts of its lands, and plundering the country’s wealth, but rather includes imposing some kind of control over international trade, including oil flows. Such hegemony is meant to limit the growth of the Chinese economy in the first place, and the rest of the world without discrimination.

“We are faced with the fact that the United States is trying to control the world and its economy by using force after Washington lost its position as an economic empire in the world, and we must remember the speech of Henry Kissinger, the former US Secretary of State in November last year, who warned of the trade conflict between Washington and Beijing that could turn into a world war worse than World War Two”, he added. 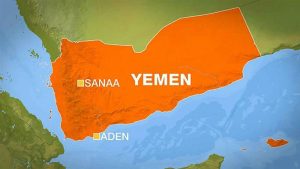 During five years of war on Yemen, the Saudi-led coalition’s forces have not demonstrated any credibility in the coalition-controlled areas. Furthermore, the Committee of Experts’ report to assess human rights violations in Yemen in February 2019 warned that the presence of coalition armed groups undermined the “legitimate government” and stated the presence of security chaos, economic deterioration, and a weak state’s presence in the occupied areas of Yemen. It is not a coincidence, but rather the result of an intentional act, the aim of which is to create an atmosphere in those areas that tolerate American interference and a local community that deals with the presence of the American occupier as a necessity.

Such an insecure atmosphere is meant to make the people feel the need to solve the chaos schemed for by the Saudis and Emiratis with American interference.

What the coalition did in the occupied governorates of Yemen leaves no doubt that there are fabricated crises due to the coalition’s inability to control armed conflicts between its factions in southern Yemen. Most recent of which was the battle to expel legitimacy from Aden and some southern governorates, last August, by the forces of the Transitional Council affiliated with Emirates.

Almost two weeks ago, the coalition countries took vigorous steps to impose a new reality in the occupied governorates of Yemen, by amplifying conversations about the growing threat of terrorist groups in the coalition-held areas south and east of Yemen. The coalition spokesman, Turki al-Maliki, was quick to devise a narrative on “Thwarting a terrorist attempt to blow up an oil ship off the Yemeni port of Nashton on the coast of the Arabian Sea” three days after the Saudi story.

As a result, the United States sent 110 American soldiers from the “Marines”, accompanied by military equipment and helicopters, to the port of Balhaf for the export of oil and gas in Shabwa.

At the same time, the US Navy replaced its naval vessels located in the Red Sea, in conjunction with the assurances of the commander of the American Central Force William Mackenzie, before Congress, last Tuesday, that the American forces are fighting terrorism in the Middle East region, and are working to ensure freedom of navigation and the flow of oil. Meanwhile, political activists talked about the arrival of another batch of American forces in the city of Aden on Monday evening.

News coming from the occupied territories indicates that the coalition countries are preparing to change the name of the “Elite of Shabwa” to the name “the international anti-terrorist force” in preparation for a direct American-Western presence on Yemeni soil. This came after the American forces reached Shabwa, keeping in mind that the US State Department praised the ” Elite of Shabwa” during confrontations with “Al-Islah Legitimacy” militants, last August, and warned against getting in trouble with the “elite” as it considers it a “good partner in combating terrorism”, according to the American Ministry of Foreign Affairs. Apparently, these statements were part of Washington’s intentions to proceed with the implementation of the American agenda in Yemen.

Revelation: terrorism is in the service of America

The United States took advantage of the war on Yemen issue in a filthy way at all aspects. The facts have proven that al-Qaeda and ISIS are just tools, no different than Saudi Arabia and the Emirates, in the service of American ambitions and the region in general.

Over the years of war on Yemen, many international press and human rights reports spoke that terrorist organizations are part of the components of the coalition forces in Yemen, and that American and Western weapons always reach the hands of these terrorist organizations through Saudis and Emiratis under the administration of former US President Barack Obama. The latter had taken precautionary measures to avoid embarrassment from such a case, whereas Obama spoke months after the war erupted that terrorist groups will expand in Yemen because of the war.

While the reality of the situation confirms that the leaders of terrorist organizations in Yemen, such as Anwar al-Awlaki, an American citizen, and Qasim al-Rimi, who were killed by American raids, were in contact with American intelligence, and they were eliminated by Washington after their status became exposed and their survival could pose a threat to the American scheme in Yemen.

Expenditures Without Limits and a Task Without an End: UN Envoy to Yemen