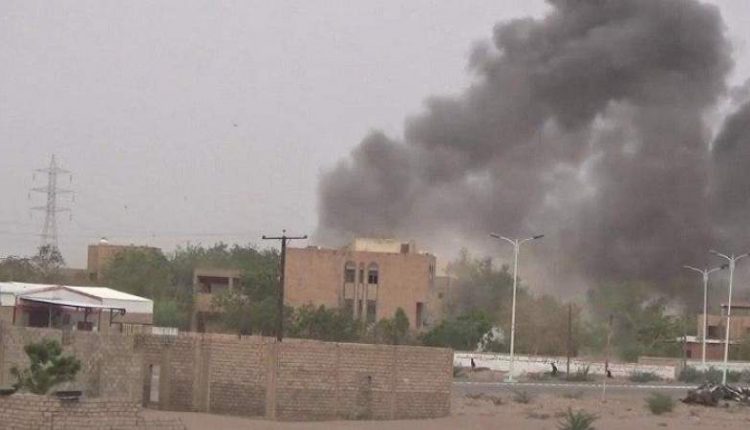 The coalition led by Saudi Arabia and UAE is heading towards war in Hodeidah after retreating from the Sweden agreement regarding Hodeidah.

The coalition withdrew its representatives of the “joint forces”, led by Tariq Afash affiliated with the Saudi-led coalition, from the joint coordination committees for the redeployment of forces headed by the head of the UN mission to support the implementation of the Hodeidah agreement.

The team, Abhijit Goha, coincided with the escalation of the violations of the cease-fire in the city of Hodeidah and its countryside, as well as the drone attacks on the besieged city of Al-Doraihmi.

This escalation takes place as the UN mission implements its 134 field verification of unilateral redeployment by the Yemeni army and popular committees at the ports of Hodeidah and their commitment to implement the Sweden agreement. On the other hand, the Saudi-led forces refused to abide by the implementation of the Sweden agreement and insisted on violating the ceasefire, which included but is not limited to targeting liaison and coordination officers’ points that monitor the truce and ceasefire commitment.

The spokesman for the joint forces of the coalition militants, Waddah Al-Dubaish, said today Sunday: “We will no longer deal with the UN envoy and the UN mission like we used to, many concepts and processes will change.”
“The UN mission will be boycotted and we will implement a gradual withdrawal,” he stated in an initial reaction to the condemnation expressed by the head of the UN mission toward the coalition’s air strikes against the town of Salif and its continued violations of the ceasefire in Hodeidah.

The coalition announcement confirmed the intentions that had been warned by the head of the national team in the Joint Coordination Committee for the redeployment of forces in Hodeidah and its ports, Major General Ali Al-Mushki, when meeting with the vice-president and members of the UN mission to support the implementation of the Sweden agreement on Hodeidah in early March. He warned that “the coalition and its armed forces are preparing to launch a wide war against the besieged Al-Doraihmi district” and that “such a plan would undermine Sweden’s agreement and efforts to bring peace, and the army and popular committees will be forced to respond.”

This announcement coincides with the escalation of war as the coalition and its mercenaries continue to violate the ceasefire, targeting the city of Hodeidah and the villages of its southern districts, using various types of weapons. The coalition has also escalated drone attacks on Al-Dorihmi and dropped about 10 bombs on the district Sunday night. Meanwhile, the coalition and its mercenaries used different weapons to attack two points affiliated with the liaison and coordination officers in Al-Khameri and Kilo 16.

The district of Al-Dorihmi witnessed since early Sunday until midnight heavy reconnaissance hovering in conjunction with the intense attacks by coalition gunmen on Al-Dhabyani neighborhood in Yolio 7 neighborhood using medium machine guns.” the source pointed out.

The source also confirmed that, “a civilian was killed due to sustained wounds and the injury of other citizens due to the continuous mercenary attacks on residential neighborhoods near Khamseen Street, as well as the injury of a citizen with artillery shrapnel in a mountainous area in the district of Al-Tahita.”

In the same context, the security source reported in a press statement on Sunday evening, “the injury of one of the catering personnel at the joint liaison control point in Khamri by medium-weapons used by the mercenaries,” noting that “a civilian was wounded by the fire of the aggression forces in Al-Jah district in Beit al-Faqih district.” In addition, about 4,700 civilians have been killed or wounded since the Stockholm Agreement was announced in Sweden in mid-December 2018. The coalition has also forced hundreds of thousands of people into displacement.

A source in the liaison and coordination officers ‘operations room to monitor the ceasefire declared that the coalition forces’ violations of the ceasefire in Hodeidah “amounted to 240 violations during the past 24 hours on the Hodeidah fronts, including 28 attacks on the control point of Al-Khamiri, Al-Saleh, Kilo 16 and Al-Mandhar as well as 6 warplanes reported hovering over 50th Street, Al-Mandhar area, Kilo 16, the besieged city of Al-Dorihmi and the city of Hays.

Among the violations of the coalition forces during the past 24 hours are, “the creation of 5 combat fortifications in Al Jabaliya, Al Khamseen Street and Kilo 16, 53 breaches by artillery and missile shelling and 138 breaches with various gunshots in the city of Hodeidah and the regions of the governorate’s districts.” the source added.

Sayyed Houthi: US and its Allies Guilty of Biological Warfare