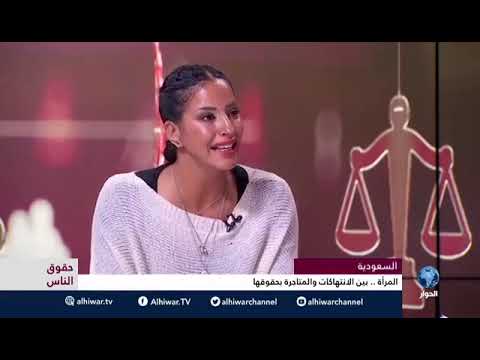 BBC: Saudi Activist Receives Threats for Talking About Expelling Her Tribe From Their Lands

The British Broadcasting Corporation (BBC) reported that a Saudi human rights activist living in London said that she had received death threats from people she believed were supporting the Saudi crown prince.

This took place after she spoke about the Saudi government’s plan to evict her tribesmen from their lands in  Tabuk region in order to make way for a technical city built on the shores of the Red Sea.

Alia Abotayeh Al-Hwaiti told BBC that the threats were communicated via a phone call and on Twitter, after she posted what is happening on the Red Sea beach in Tabuk. She stated that she had received warnings in the call saying: “We can reach you in London. You think you are safe there, but you are not, you will meet the fate of Jamal Khashoggi, after which I informed the British police of these threats. ”

On April 13, a Saudi man named Abd al-Rahim al-Hwaiti posted online videos alerting the world that Saudi security forces were expelling him and other members of the al-Hwaitat tribe from their historical lands in the far northwest of the country to make way for a new development project called “The City of Neum”.

Alia Al-Hwaiti, who belongs to the same tribe, published these videos and strongly denied the narration that Saudi security circulated saying that Abdel-Rahim Al-Hwaiti shot them, which left them with no choice but to kill him, and she insisted that Abdel-Rahim did not carry any firearms.

Alia explained, “They are not against building Neum. They do not want to be forcibly expelled from a land where their families have lived for generations. She added that 8 of Abdel Rahim Al Hwaiti’s cousins were arrested for protesting the eviction orders. However, they and human rights activists in the West were hoping to file a legal challenge.

Activists on the Twitter platform had circulated a video showing the moment the family of Saudi Abd al-Rahim Al-Hwaiti received his body after he was shot dead by security forces “for refusing to be forcibly displaced” from his home in Tabuk.

A video also shows the moment of the burial, and one of the attendees is heard saying that security men prevented people from entering the cemetery. However, the “Arab Post” website was unable to confirm from a neutral source the authenticity of the videos and their content.