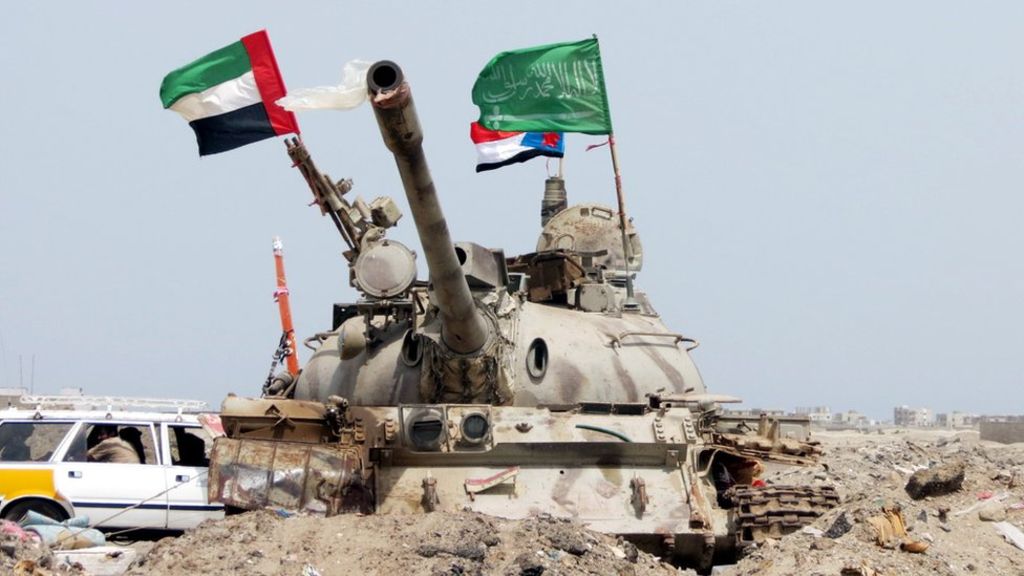 Tension is taking over the governorates of eastern Yemen, which constitute a third of the country.

Local, regional and international parties have been in conflict as they attempt to plunder wealth in the most important areas of production.

Shabwa, which is located on the Arabian Sea and is now the most prominent producer and source of Yemeni gas and oil, is encompassing most of the current conflicts.

Speaking locally, the party controlling this governorate is the same one handling Aden’s situation. This is not due to a short geographical distance between the two governorates, but rather because Shabwa is Aden’s only and most important source of income.

Hadi or more like the “Islah” party has controlled this province since last August after fierce battles that eventually resulted in driving out and dividing factions loyal to the UAE.

Today with the UAE-backed Southern Transitional Council declaring self-management of Aden, Islah party is trying to sail with this province away from southern and northern Yemen. During the past hours, its governor and leader of the party, Mohammed bin Adiyo, issued a decision to stop importing oil from Aden and Hadramout and monopolize Marib’s oil instead; the party’s most prominent stronghold.

Al-Islah party does not want Shabwa to be annexed to the current transitional kingdom in Aden, nor to follow the Emirates under the leadership of Al-Bahsani in Hadramout, but rather its majors in Marib.

He, the leader of Al-Islah, had also previously proposed the idea of annexing Bayhan to Marib during international discussions in Aden, as it is the most important oil production field.

Despite the domination of Al-Islah and its recent moves, which indicate that it has been receiving Turkish support, there are still many difficulties that confirm the possibility of reducing its influence. The first of which is the Emirates that recently backed daily transitional attacks with raids on separate areas in the governorate, including Bayhan.

Apparently, Abu Dhabi will not let go of the governorate that acts as the most important axis of conflict with Saudi Arabia, and is seeking to acquire gas revenues in the governorate to compensate for Qatar’s imports.

In addition, the United States recently increased its presence there by sending forces into the coast of the governorate and waging raids on separate areas.

Last week, US attacks amounted to five raids under the pretext of combating al Qaeda, the card that Washington uses whenever it desires.

Alongside Shabwa, an upcoming battle between several parties in Hadramaut seems to be around the corner, the second most important oil producer in Yemen that is bordering Saudi Arabia.

Despite Saudi domination of this governorate, which constitutes one third of Yemen, is lightly populated, produces nearly half a million barrels of oil and enjoys a large oil stock, it is now the subject of many parties’ ambitions. The Emirates happens to be the number one competitor that is trying to annex it to the Transitional Authority in Aden. The UAE is doing its best to keep it under its administration, thus facilitating occupying the governorate in the future.

Furthermore, the head of Al-Islah in the valley called “Salah Batis” declared for autonomy that includes Shabwa, Hadramout, Mahra and Socotra by forming a committee from all the four governorates, aiming to take control of this oil triangle. The Islah party took this step judging by its domination of most of the governorates and its affiliated forces deployed there.

The situation appears less tense in the far east of Yemen, specifically in Al-Mahrah and Socotra, where economic opportunities decrease due to geopolitical ambitions, especially after the resolution of the UAE and Saudi Arabia.

Saudi Arabia was given the green light by the UAE to control Al-Mahra governorate for it seeks to use it as a portal to export its oil by establishing a pipeline connecting its lands to the Arabian Sea.

The Emirates, on the other hand, set its hands on Socotra, which is an important control point of the shipping lanes in the Arabian Sea and the Gulf of Aden, all the way to the Indian Ocean, along with the tourist advantages that Abu Dhabi did not hide it is going after.

The coalition is pushing the local parties in the Hadi and Transitional government towards escalation in Aden in hope of plunging them into a long-running war of attrition.

The Saudi-led coalition ordered local parties to impose a new reality in the “Hadhramaut Region” by sparing it the scourge of war as it seeks to get out of the six-year war on Yemen.

67 Saudi American Violations in Hodeidah Governorate in Only 24 Hours