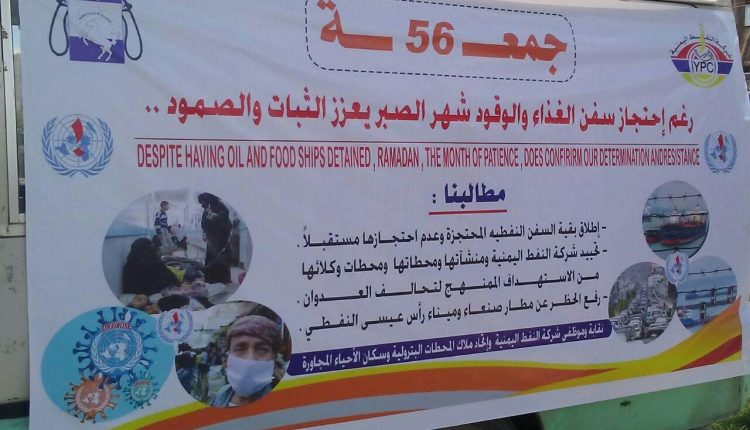 The employees of the Yemeni Oil Company, its unions and their affiliated organizations held a protest today in front of the United Nations office in Sana’a, titled “Despite having detented food and fuel vessels, the month of patience, Ramadan, enhances stability and steadfastness”.

During the protest, the company’s spokesperson, Amin Al-Shabati, asserted that the aggression continues to pirate marine vessels loaded with oil derivatives and detain them for months despite obtaining United Nations permits.

Al-Shabati explained that the arbitrary practices of the aggression and the continued detention of oil ships deprived the Yemeni people of benefiting from the global decline in oil exchange prices.

The statement issued by the protest confirmed the continued protest of the employees of the Yemeni Oil Company, its unions and its affiliated bodies until all their legitimate rights are met.

The statement also condemned the international silence, the negligence of the United Nations, and its failure to take responsibility for the sit-in demands, which makes it a major partner in the aggression against Yemen.

The statement demanded the United Nations carry out its humanitarian responsibility, compel the aggression into releasing detained oil ships and ensure their freedom of movement in the future.

The statement then concluded by calling on the United Nations to lift the embargo on Sanaa International Airport and Ras Issa Port and to neutralize the economy from war. 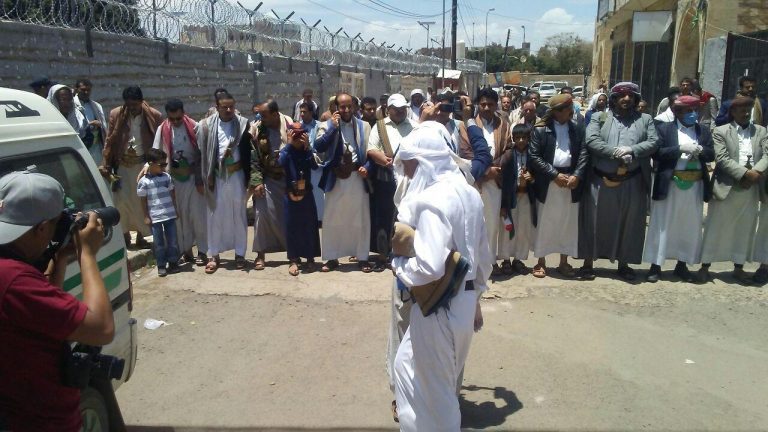 UAE Tampers with Socotra, Leads It Out of World Heritage List