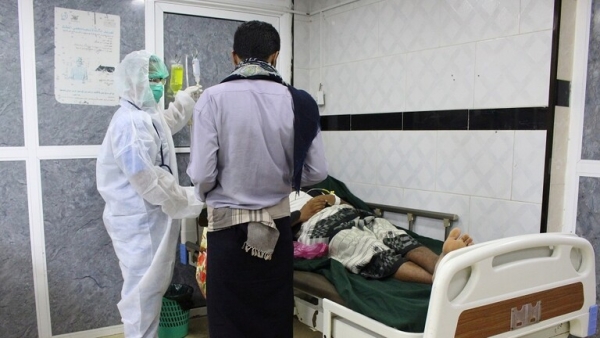 The Saudi-affiliated government announced that 17 new cases of coronavirus were recorded, leading to a total number of 53 reported cases of infection in Yemen since April 10.

On Sunday, the Saudi/UAE-mercenary response committee said that 17 new cases had been registered in the past hours in Hadramout, Aden, Lahj and Taiz governorates.

The committee explained on Twitter that 3 cases have emerged in Sayun, marking the first COVID-19 cases ever to be recorded in the desert part of Hadramout governorate, eastern Yemen.

The committee added that 10 cases are also present in in Aden governorate. Two cases, including one reported death, have been recorded in Lahj governorate, while Taiz governorate declares having two COVID-19 cases.

Subsequently, the total number of COVID-19 infected cases in areas under the control of the Saudi American aggression reached 51 confirmed cases, including 8 deaths and one recovery in southern and eastern Yemen, and two cases in the capital, Sana’a.

68 Saudi/UAE Violations in Hodeidah During 24 Hours