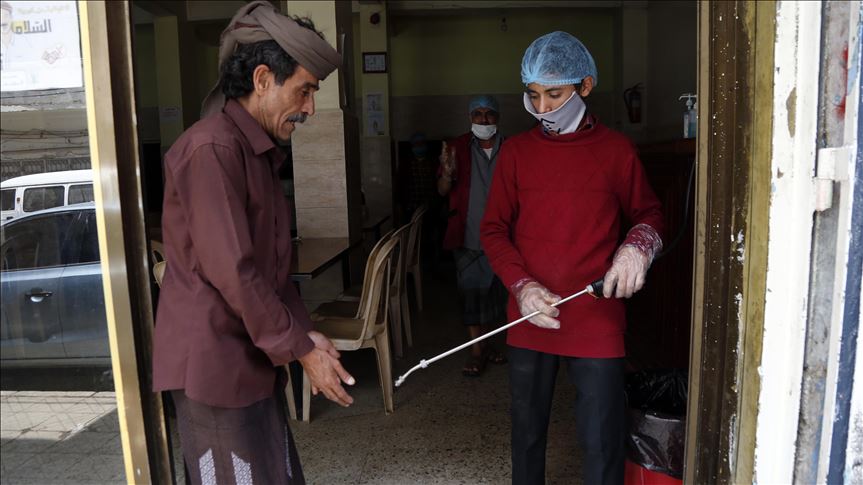 How Will a Country Fighting for Survival Confront COVID-19?

Yemen, the poorest Arab nation, has astonished everyone who has cared enough to take a deeper look at what is really happening. It has successfully stood firm in front of a 5-year aggression thanks to the faith of many of the Yemeni people. You might think that it is only a matter of time until Yemen finally collapses but, apparently, the one who is falling apart is the one who began war given the green light from the world’s bully, the United States of America. During those five years, Yemen managed to manufacture locally made missiles and drones that it uses to strike back. While on the other hand, Saudi Arabia and its counterparts are left with no objectives fulfilled ever since day one of war against Yemen. Although Yemen remained resilient,  the war did have a massive toll on the Yemeni people and the health sector.

The toll of war on Yemen and its health sector

Six months ago, ACLED reported over 100,000 people killed in Yemen, including more than 12,000 civilians, as well as estimates of more than 85,000 dead due to an ongoing famine triggered by the war.

Referring to the health sector in the war-torn country, the WHO stressed that it is “close to collapse.”

Yemen has been already struggling with preventable diseases such as Cholera and Diphtheria and with Coronavirus taking its first steps in the country, we can’t help but imagine the aftermath of this deadly virus on the country.

Going back in time to the beginning of Yemen’s cholera outbreak, October 2018, there have been more than 1.2 million cases reported, and more than 2,500 people—58% children—have died in the Yemen cholera outbreak, which is the worst epidemic in recorded history and was, according to the United Nations (UN), the worst humanitarian catastrophe in the world.

In the end of 2018, the Yemeni Ministry of Public Health and Population confirmed that 92 to 95% of the devices in hospitals and health centers have exceeded their life expectancy or have broken down, according to a survey conducted by the ministry in hospitals, health centers and units.

To further break down the condition of the health sector in Yemen, Minister of Public Health and Population, Dr. Taha Al-Motwakil, said that at least 1,000 nurseries are needed to save the lives of approximately 50,000 newborns under the age of 28 days that die per year as a result of the lack of services and the lack of nurseries.

The international organizations operating in Yemen finally took action in 2019, according to the website YemenExtra, whereas they offered minimal support. The website explains that the plan proposed by the ministry recorded a deficit of 81%.

The Undersecretary of the Ministry of Health, Al-Sana’ani, explained that the response from international organizations to the needs of the health sector did not exceed 9% in terms of infrastructure and 4% in terms of equipment.

The aforementioned are only some of the indirect effects of the Saudi/UAE war on Yemen. The Saudi American aggression has also been accused of deliberately targeting the health sector in Yemen.

In December 2018, the Ministry of Public Health and Population condemned the Saudi-led coalition’s targeting of two ambulances and their medical staff, killing and injuring 5 citizens in al-Jawf governorate.

Direct bombardment conducted by the Saudi-led coalition not only reached government hospitals but MSF medical facilities as well.

MSF said in a tweet on October 2, 2019, that “its subsidized medical facilities in Yemen have been bombed six times in different areas since 2015, stressing that violence against medical staff and patients is unacceptable.”

MSF eventually withdrew from Yemen after multiple blatant violations against humanity that paid no respect to any international law. The first of which was in October 2015, when the aggression’s aircraft targeted an MSF field hospital in Haydan area of Saada governorate.

Less than two months later, fighter jets affiliated with the Saudi-led coalition targeted a mobile medical clinic in al-Hawban area of Taiz province in December 2015. Later on, the organization announced its suspension of all its activities in the governorate.

Furthermore, coalition air raids targeted an MSF ambulance in Saada governorate, killing seven MSF staff members and injuring others in January 2016. The MSF-supervised Abs Rural Hospital in Hajjah province was also directly bombed in August 2018. Moreover, the organization suspended its operations in the Saudi-occupied Aden governorate on August 31 2018, after militias stormed the hospital and kidnapped one of the wounded in April in 2019.

The organization also issued a statement protesting the serious violations against its medical facilities in the city of Taiz during the conflict between coalition rival factions in March, during which health facilities were stormed and the wounded were killed by rival militias.

Now that we further know the extent of damage endured by the health sector in Yemen and the brutality of such an aggression, although so much more has happened, let us ask the one question we all have in mind, “How will a country fighting for survival confront COVID-19?”

Coronavirus first made its entrance through Saudi-occupied Aden governorate, southern Yemen, according to local sources. The Saudi-affiliated government declared that a total number of 10 COVID-19 cases have been recorded in Early May in the governorate.

Later on May 16th, more than 600 people were reported dead in Aden, southern Yemen, within 9 days as a result of the so-called “mysterious epidemics.”

An anonymous source told the German News Agency (DPA): “More than 572 people have died in Aden, since May 7th until last Tuesday, and there are dozens of deaths recorded during the past two days that are yet to be recorded.”

Just like the rest of the world, other Yemeni governorates eventually started receiving their share of COVID-19. The Saudi/UAE-mercenary response committee said early May that 17 new cases have been registered in Hadramout, Aden, Lahj and Taiz governorates.

Meanwhile, two cases, including one reported death, have been recorded in Lahj governorate, while Taiz governorate declares having two COVID-19 cases. Going further north of Yemen, three cases were reported in the capital, Sana’a. One Somali refugee that suffered from chronic illnesses died while two others recovered.

Measures taken by the capital Sana’a to confront COVID-19

So how prepared is Yemen for a new outbreak? In the capital Sana’a, it did halt the educational process, imposed preventative measures such as suspending halls for big events businesses, coffee shops and hair salons. However, it cannot enforce a quarantine since people live day by day in the country thus employees are waking up to normal days at work. Malls and markets are temporarily shut down to spray antiseptics as a precautionary measure against COVID-19.

Clinically speaking, the Ministry of Public Health and Population responded to the remarks of the United Nations Humanitarian Coordinator in Yemen, Liz Grande, on UN assistance to Yemen in facing the Corona epidemic. According to Yemeni news outlets, the ministry stated that Grande said that 208 ventilators had been distributed, while only 98 had been distributed, which were ordered two years ago and for other diseases. Grande also reportedly claimed to have provided 520 intensive care beds, while no intensive care beds were ever supplied, except for 96 standard beds that are not even suitable for hospitalization. No oxygen cylinders were ever supplied to health facilities, neither were medical devices for intensive care rooms, despite their vital necessity.

“Regarding what Grande mentioned about training 10,000 volunteers and 900 health personnel, only a number of doctors were trained, while volunteers have not been trained until now,” YemenExtra reported the minister as stating.

Will Yemen succeed in overcoming the Coronavirus that has been haunting the rest of the world? Speaking in terms of “normal”, the worst humanitarian catastrophe is yet to become even worse. However, when was Yemen ever considered normal for it has been standing alone for five years against a coalition of the greatest countries in the world?

Supreme Leader: US to be expelled from Iraq, Syria