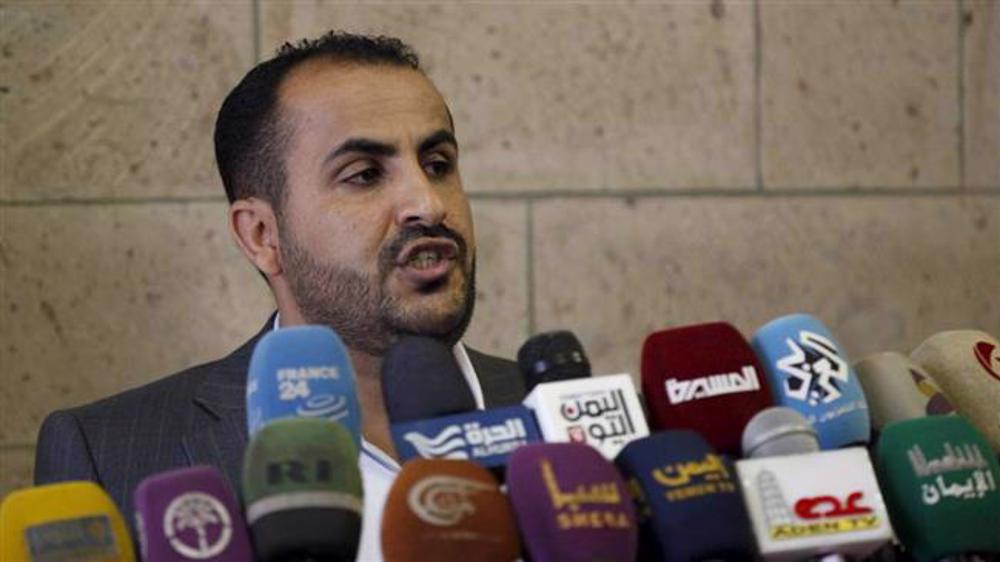 Yemen’s Houthi Ansarullah movement has once again censured the economic pressure as well as naval and air blockade imposed by the Saudi-led coalition.

In a Twitter post on Monday, the spokesman for Ansarullah, Mohammed Abdul-Salam, accused the United states and its regional allies of blocking food and medicine deliveries.

“The forces of aggression continue to tighten their blockade by closing Sana’a airport, seizing ships, and resorting to several arbitrary measures, imagining that with economic aggression they will achieve what they failed with military aggression.”

Abdul-Salam said the embargo and other means of economic pressure being exerted by the Saudis and their Western backers will have a negative impact on the entire region as well.

In an exclusive interview with Iran Press news agency in Tehran in early May, Yemen’s Ambassador to Iran Ibrahim Mohammed al-Dailami said his country does not need international aid and can fend for itself in case the naval and air blockade is lifted.

The blockade has severely restricted the flow of food, fuel, and medicine to Yemeni civilians in violation of international humanitarian law.

Saudi Arabia and a number of its regional allies launched the devastating war on Yemen in March 2015 in order to bring former President Abd Rabbuh Mansur Hadi back to power and crush Ansarullah.

More than half of Yemen’s hospitals and clinics have been destroyed or closed during the war by the Saudi-led coalition, which is supported militarily by the United States, Britain and other Western countries.

According to the UN’s top aid official, Mark Lowcock, civilian casualties have risen every month since January.

The Houthis: A new challenge to Israel’s interests in the Red Sea region and Arabian Peninsula