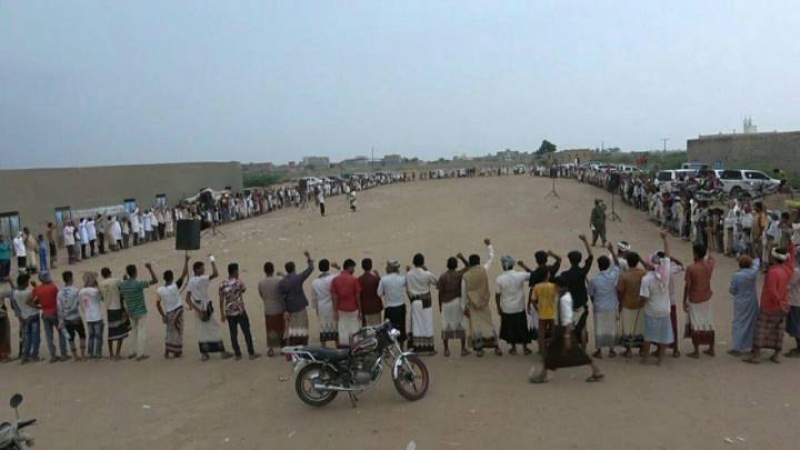 People of Al-Qanawas and Al-Dahi districts in Al-Hodeidah governorate went out in two tribal gatherings, which they condemned the coalition of aggression for detaining oil derivative tankers from reaching the port of Al-Hodeidah.

The protesters emphasized that the aggression coalition’s detention of a derivative tanker is an overwhelming crime against the Yemeni people as a whole, especially with the outbreak of the new Coronavirus “Covid-19”.

The protesters held the United Nations fully responsible for its ongoing silence over the aggression brutal act for stopping the entry of oil derivatives tankers; thus, causing huge suffering for Yemenis all over the Republic.

The protesters pointed out that the insistence of the aggression (coalition), led by Saudi Arabia, to commit this horrific crime and preventing the entry of oil tankers is a clear violation of the agreement of Sweden and violates all recognized international laws.

Moreover, The protesters blessed the continuous victories by the Yemeni army and the people’s committees, the latest of which was the “fourth-deterrence-balance” operation that targeted strategic sites deep in the kingdom with a barrage of ballistic missiles and combat drones.

June/27: An Update of the Saudi Crimes, Violations in Yemen