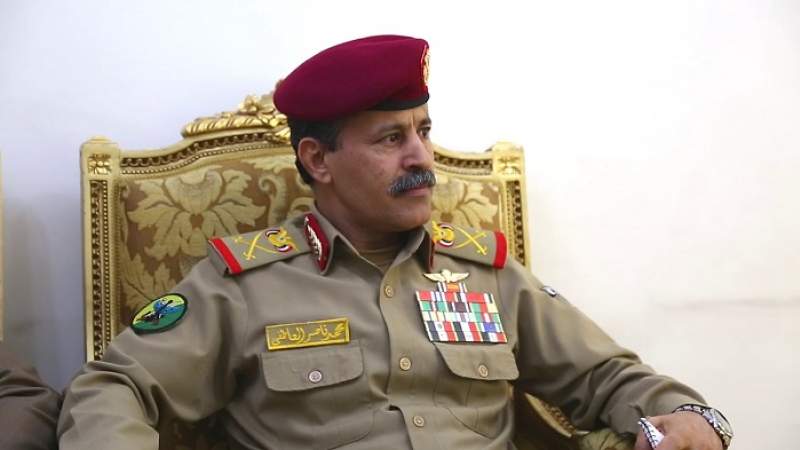 MOD: Yemen’s Strategic Operations Against Saudi Arabia Will Continue in Response to Its Siege and Aggression

The Minister of Defense, Major General Mohammed Nasser Al-Atifi, affirmed that the Yemeni armed forces will continue carrying out wide strategic offensive operations in the depth of the Saudi kingdom, which will put an end to their arrogance, aggression, siege and committing brutal crimes against the Yemeni people.

General Al-Atifi pointed out in a statement carried by the Yemeni agency “Saba”, the latest big operation on strategic sites deep in Saudi Arabia showed that the missile force as well as the air force though drones, the military capabilities that Yemen possesses to deter aggression and target its strategic and vital locations.

The Minister of Defense saluted the steadfastness and cohesion of the Yemeni people in confronting the aggression and its imposed siege for over five years, embodying its courageous sacrifices and patriotic stances, the values of freedom, pride and dignity stemming from its historical and cultural heritage.

“By the support of God Almighty and the wisdom of the revolutionary leadership and the Supreme Political Council, the heroes of the army and the popular committees regained Al-Jawf governorate and large parts of the Marib province,” Major General Al-Atifi said

The Minister of Defense affirmed that the liberations of the Radman district and the areas of Qania and Abdieh are qualitative achievements that will enhance security and stability in Al-Bayda Governorate.

“We, during the mid-2020, confirm from this position, and the responsibility put on our shoulders at the Command of the Ministry of Defense and the Chairmanship of the General Staff, that despite the accelerated achievements and successes in strengthening the defensive and offensive capabilities of the Republic of Yemen, and supplying the armed forces with the latest manufactured and developed weapons made with pure Yemeni expertise, we are moving forward on ambitious military paths and what is next will be new and advanced in all strategic deterrence weapons that are capable of targeting military and economic strategic sites deep in the enemy’s ground, “Major General asserted.

Moreover, the minister of defense pointed out that those who rush in being an ally with the Israeli enemy at the behest of Saudi Arabia and the UAE (Emiratis) will merely be tools in the hands of the invaders. However, Al-Atifi assured that Yemenis will never be an ally to the Israelis and will always support the Palestinian cause.

He pointed out that what is going on in the occupied southern and eastern Yemeni provinces of conflicts, bloodshed is regrettable not only to the state that the Saudi-UAE paid mercenaries have reached but also to the tragic conditions lived by the civilians within those occupied governorates.

“The political and military factors have changed in favor of Yemen and the forces of aggression have been defeated and they have no way out except for leaving the country. We have capabilities that make us in a position of strength to force the occupiers to leave our country whether they like it or not, so this is our national and strategic choice and our legitimate right to defend our country, and its unity, independence, capabilities, wealth, and its important strategic location in the region and the world,” the minister of defense said.

In the conclusion of his statement, Maj. Gen. Al-Atifi also reiterated that Yemen stands today in front of a new stage that calls for the concerted efforts of all the people of Yemen in order to complete the battle of liberation and independence, which inevitably its time has come.