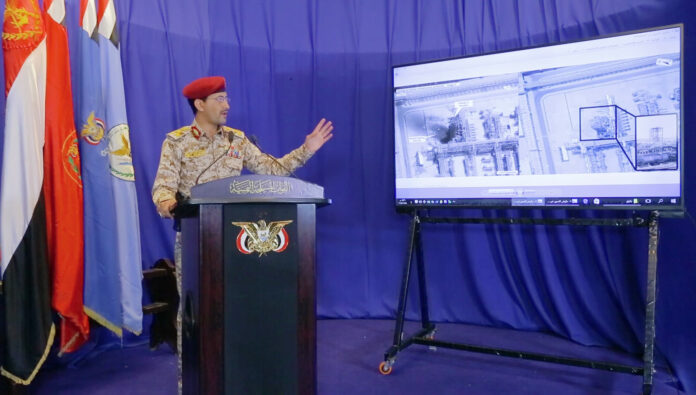 The Arabic-language al-Ray al-Youm newspaper underlined that the recent comments by Yemeni official General Abdullah Yahya al-Hakim to attack targets in Saudi Arabia are not nothing new but his threats to target Tel Aviv are even more important.

“Ansarullah is moving along the same path already taken by the Lebanese Hezbollah,” it added.

The Arab paper noted that Yemen’s offensives against Israel could come through air raids on the Port of Eilat on the Red Sea as Yemeni missiles and drones can now reach the Saudi port of Yanba’a which distance from Eilat is less than tens of kilometers.

A second possibility is targeting the Israeli ships at the entrance of Bab al-Mandab by using marine missiles or speed boats, it added.

General Abdullah Yahya al-Hakim had warned earlier this week that “the Yemeni Armed Forces have extensive intelligence on a large number of vital and key points in Saudi Arabia, UAE, Tel Aviv and farther areas”.

Also, Head of Yemen’s negotiating team Mohammad Abdul-Salam warned the Saudi officials that they should wait more missile and drone attacks against the country’s key positions.

“Hey Salman! You deserve death. Missiles will come to you while they cannot be tracked,” Abdul-Salam wrote on his twitter page.

The spokesman of Yemeni Army, backed by the Popular Committees, on July 13, 2020,said that they have targeted bases and airports in Saudi deep by missiles and drones in response to the ongoing Saudi-led crimes in Yemen.

The Gen. Yahya Sarie said that they have killed several Saudi officers in the Yemeni city of Marib, during a meeting of military commanders.

According to Sarie, they attacked the oil facility in the port city of Jizan, targets in Abha Airport, Asir, Najran, and destroyed Patriot system in Khamis Mushait, launching drones and missiles in an operation against Saudi forces.

Yhaya Sarie confirmed that their operations will continue until achieving freedom and independence.