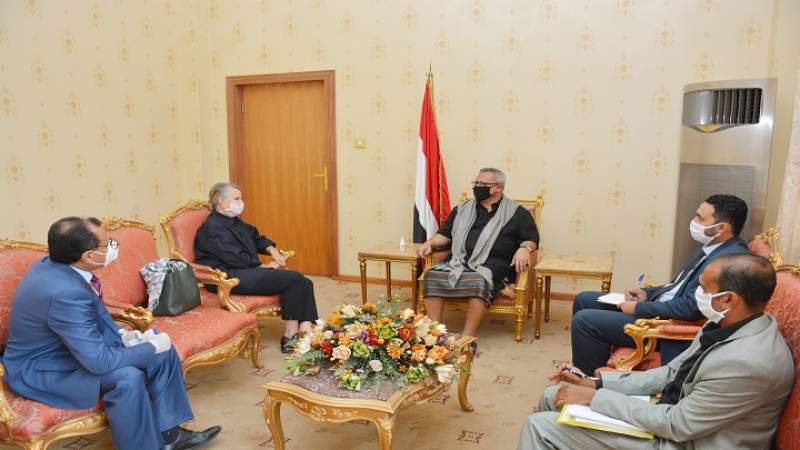 Yemen’s Prime Minister Dr. Abdulaziz Saleh bin Habtoor called on the United Nations to take strict actions on the escalation of the Saudi-led coalition (aggression) regarding the economic field and depriving the Yemeni people of their basic needs.

The Prime Minister, upon a meeting today with the United Nations Resident and Humanitarian Coordinator in Yemen, Lise Grande, indicated that the Saudi-Emirati aggression coalition is still seizing oil tankers and food ships, despite them obtaining permits to enter the port of Hodeidah, stressing that it is a condemned act that directly insults the UN as well as the “UNIFEM”.

The meeting discussed the stifling crisis due to the lack of oil in the local market and its direct impact on the sectors of the public health, water and other sectors, emphasizing in the importance of international cooperation to exert pressure on the Saudi-led coalition aggression in order to release the detained ships it is holding, as this goes against international laws and charters.

Both sides in the meeting agreed that the Saudi piracy on tankers and ships will result in decorating the situation in Yemen that is already suffering from a five-year-old war.

The meeting discussed the progress of the activities of the United Nations and international humanitarian organizations working in Yemen and ways to consolidate their activities in order to cope with the increasing needs of the Yemeni people as a result of the Saudi war and its blockade. Both sides agreed to overcome problems and obstacles with a positive partnership between the Yemeni government and the UN.

July/17: An Update of the Saudi Crimes, Violations in Yemen