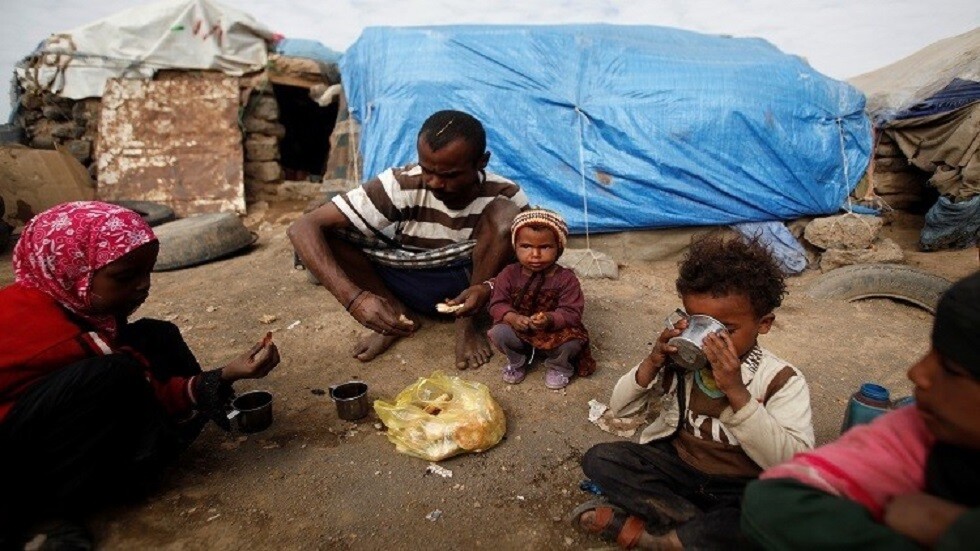 The UN Warns of a New Hunger Crisis in Yemen

The United Nations agencies and organizations have warned that the crises of Yemen, which has been under the aggression of the Saudi-led coalition for more than five years, threatens to increase the number of people who suffer from high levels of food insecurity by about 1.2 million people within 6 months.

“The fall of the economy, the conflict, the floods, the locusts and now corona, are all provoking a storm that can reflect the gains made in food security,” the World Food Program, the United Nations Children’s Fund and the Food and Agriculture Organization said in a joint statement.

Yemen, with a population of about 27 million, exceeded the risk of famine 18 months ago, when relief organizations and missions received funds that contributed to the pumping of aid. However, the coronavirus has caused in the deficiency of aid, which threatens that starvation is coming back to the poorest Arab country.

The organizations stated, “An analysis of the situation in 133 sectors in southern Yemen showed an alarming increase for people facing scarcity of food.”

The total number of people in danger of facing starvation in Yemen is around 10 million, according to the World Food Program.

“The number of people facing high levels of acute food insecurity will rise from 2 million to 3.2 million in the next six months,” the organizations expected, especially in southern Yemen, while another analysis to be issued in the northern regions later this year.

For its part, Humanitarian Coordinator Lise Grande said earlier this month that “Yemen is on the verge of starvation again while the United Nations does not have enough funds to deal with the disaster that was avoided 18 months ago.”

July/23: An Update of the Saudi Crimes, Violations in Yemen