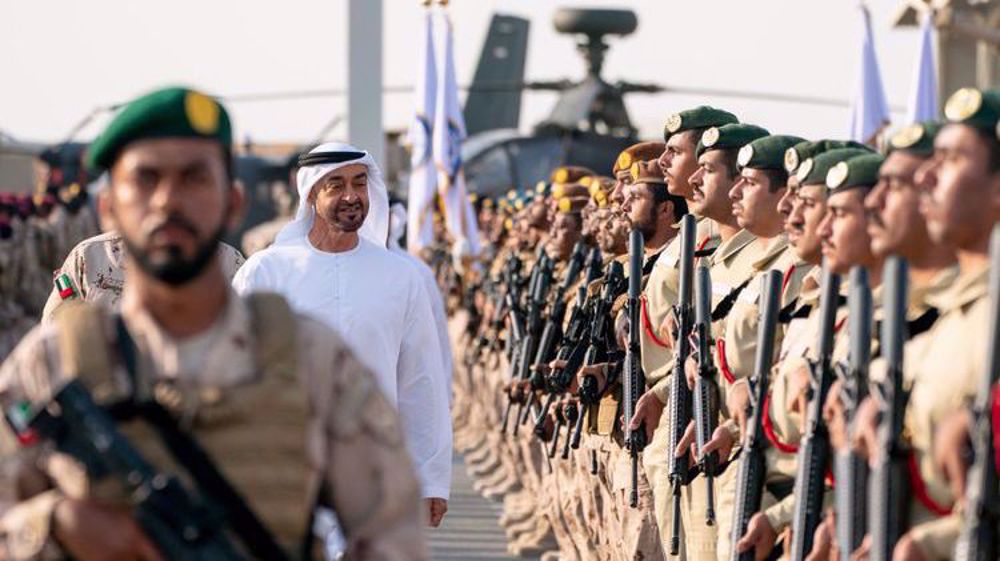 French authorities are opening an investigation into allegations that Abu Dhabi Crown Prince Mohammed bin Zayed Al Nahyan has been complicit in acts of torture in Yemen, where the UAE, along with Saudi Arabia and its allies, has been waging a years-long bloody war.

Citing multiple sources with knowledge of the case, AFP reported on Friday that a French investigating magistrate had been mandated to take on the probe.

An initial inquiry was launched against bin Zayed last October after two complaints were filed during his visit to Paris in November 2018.

Six Yemenis had lodged a complaint with a judge specializing in crimes against humanity in Paris over acts of torture committed in UAE-run detention centers in Yemen.

The complaint alleges that bin Zayed is likely to have provided the “means and orders for these violations to be carried out”.

“My clients welcome the opening of this probe and have great hope in French justice,” said lawyer Joseph Breham representing the six Yemenis.

The United Arab Emirates is Saudi Arabia’s key partner in its devastating war on Yemen, which began in March 2015 with the arms support from certain Western countries.

The purported aim was to return to power a Riyadh-backed former regime and defeat the popular Houthi Ansarullah movement that took control of state matters after the resignation of the then president and his government.

Besides playing a significant part in aerial assaults and deploying troops to Yemen, the UAE has been training militants fighting on the ground against the Yemeni armed forces and allied fighters.

Additionally, the UAE is running secret prisons in Yemen’s southern regions, which are mostly occupied by Abu Dhabi-backed separatists.

The United Nations refers to the situation in Yemen as the world’s worst humanitarian crisis as the war has killed tens of thousands of Yemenis and left 80 percent of the impoverished state’s 29 million people dependent on aid for survival.