A child was killed on Monday after suffering from deep wounds that she sustained in the coalition’s bombing in populated villages in Saada province.

A security source in the governorate confirmed that the child who had been killed earlier in the day with her mother and sister represented the aftermath of a Saudi missile and artillery shelling at populated villages in the border district of Shada.

An elderly woman was also killed last week from wounds sustained due to Saudi bombing of residential villages in the same district.

It is worth noting that the villages and border areas of Saada are subjected daily to air raids, missiles and artillery shelling since the beginning of the aggression against Yemen.

The war has left thousands of civilians killed or injured, most of which are children and women, as well as countless of homes and properties damaged. 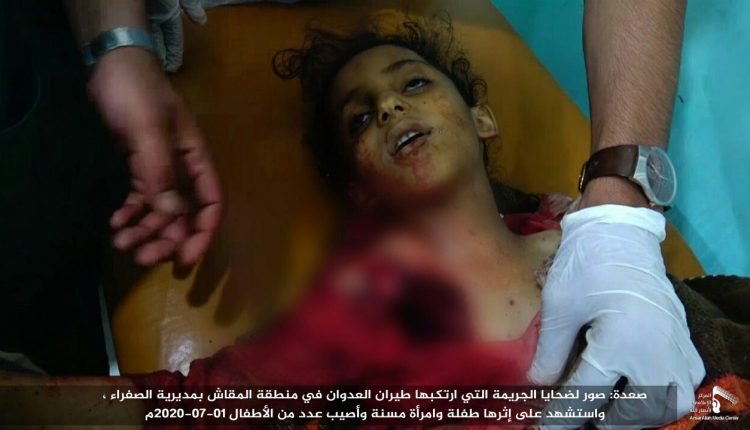