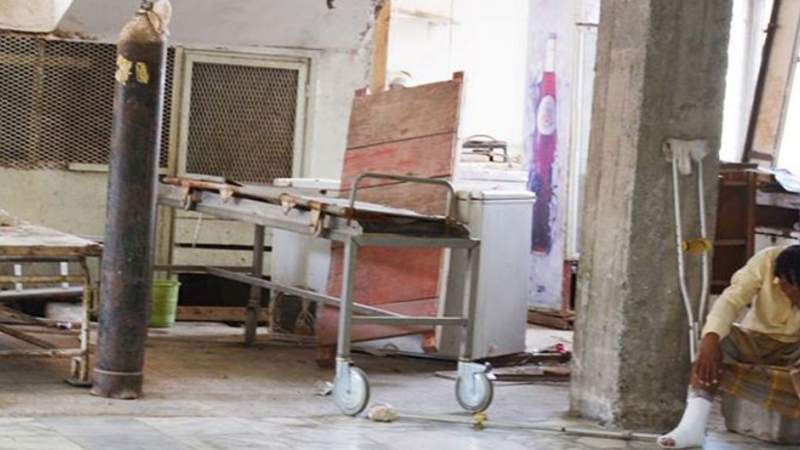 Official sectors warned today, Tuesday, of the collapse of the health and service system within a few days, due to the continued detention of oil derivative ships by the Saudi-American aggression (coalition).

A member of the Supreme Political Council, Ahmed Al-Rahwi, affirmed that the continued siege and detention of oil ships is resulting in great suffering and a humanitarian catastrophe that affects every Yemeni, calling on the United Nations to defend its humanitarian laws and charters from being breached.

For his part, Minister of Oil and Minerals, Ahmed Dars, stressed that the various sectors of the state will stop within a few days, stressing that only two days are left till the oil company’s stock of diesel finish.

Minister Dars emphasized that they have appealed and called on all the international organizations and addressed the United Nations and the world, but no actions were taken.

“We will not die or starve because of their siege while they live in prosperity, we will fight, and we rely on Allah and the Yemeni Armed Forces,” Minister Dars said.

Aug. 18: An Update of the Saudi Crimes, Violations in Yemen