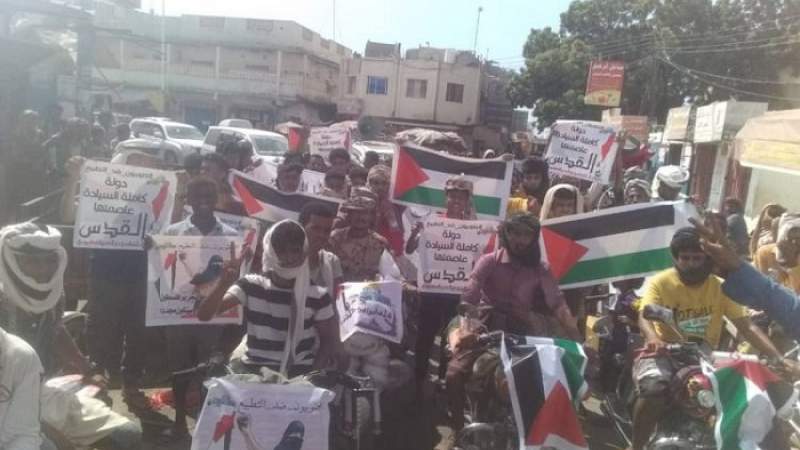 Yesterday on Thursday, the city of Znjebar in Abyan, Yemeni southern province, people went on a protest in opposition to the normalization of Zionists and the UAE, in addition to the UAE bringing Israeli soldiers to Yemen’s Socotra.

The demonstrators raised slogans denouncing the Israeli activities in Socotra Island and raised Palestinian flags in support of the Palestinian peoples’ right to fully restore their state.

Participants stressed that whoever brings the Israeli enemy to Socotra will also so do the same in Aden, Znjebar, and in all of Yemen.

It is noteworthy that many demonstrations have roamed the roads of the southern cities in Aden and Al-Mahfad, in addition to a previous demonstration in Znjebar to show their condemnation of the UAE normalizing relations with the Israeli enemy.

September 10: An Update of the Saudi Crimes, Violations in Yemen