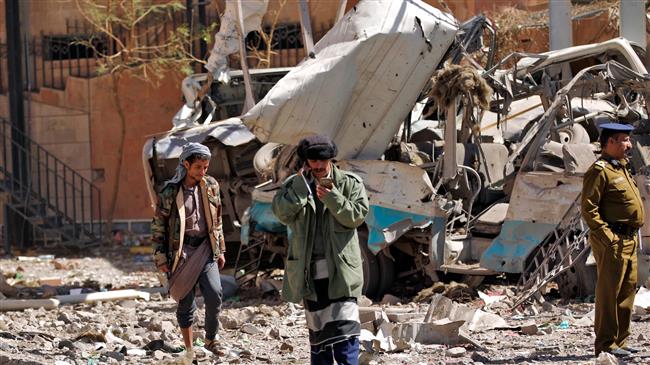 Yemeni Nobel Peace laureate Tawakkol Karman has lashed out at the Saudi-led military coalition for its role in triggering the world’s largest humanitarian crisis in her homeland, saying Saudi Arabia and the United Arab Emirates (UAE) have “betrayed” Yemenis.

“The Saudi-Emirati occupation … betrayed the Yemenis and sold them out ….to exercise an ugly occupation and greater influence,” Karman told Reuters by phone in an interview from her base in Istanbul, Turkey.

She said that Yemen’s former president, Abd Rabbu Mansour Hadi, along with other top officials, was being kept under “house arrest” by Riyadh and prevented from governing on the ground in order to preserve Saudi and UAE influence.

Karman accused Saudi Arabia and the UAE of repressing democratic change in the region, saying the monarchies seek to turn back the clock on political progress in Yemen and abroad.

“They regard the Arab Spring as their first enemy and this is a strategic error they have fallen into … I call on the two countries to reconcile with the Arab Spring, not to clash with it, because the future is a future of change, and the wheel of history does not roll backward,” she said.

“The Spring will win the initiative in any country and every time where there is a state based on tyranny, corruption, failure, nepotism and bribes, from the (Atlantic) ocean to the [Persian] Gulf,” she said.

Karman was referring to the series of uprisings and revolutions that started across the Middle East and North Africa in 2011 against unemployment, inflation as well as corruption, among other things.

The 2011 revolutions, which started with Tunisia, resulted in changes in the governments of Tunisia itself, Egypt, Libya, and Yemen.

The Nobel Laureate further accused Saudi Arabia and the UAE of backing southern separatist forces, who battled this month with Hadi loyalists, in order to stoke chaos and keep their hold on the key territory.

Karman, who was a top official of Yemen’s Islah party, was sacked by her party earlier this week for criticizing Saudi Arabia’s role in the war ravaging her country.

She won the 2011 Nobel Peace Prize for her role in pro-democracy protests in Yemen in 2011.

The Saudi aggression was launched in March 2015 with the aim of reinstalling the government of Hadi and crushing the Houthi Ansarullah movement that currently runs Yemen’s state affairs.

Prior to the offensive, Hadi had resigned and fled to Riyadh. The Saudi regime and its allies later managed to seize Aden from Ansarullah and put it under the control of the ex-president’s officials.

The offensive has, however, achieved neither of its goals despite the spending of billions of petrodollars and the enlisting of the cooperation of Saudi Arabia’s regional and Western allies.

The Saudi-led campaign, which is accompanied by a land, aerial and naval blockade of Yemen, has so far killed more than 13,600 people and led to a humanitarian crisis.

Numerous Arab-language outlets have verified the collision between Saudi and Emirati interests there. Neither Abu Dhabi nor Riyadh has, however, attested to any division within the Saudi-led coalition.

North Korea snubs US: No plan to meet American officials