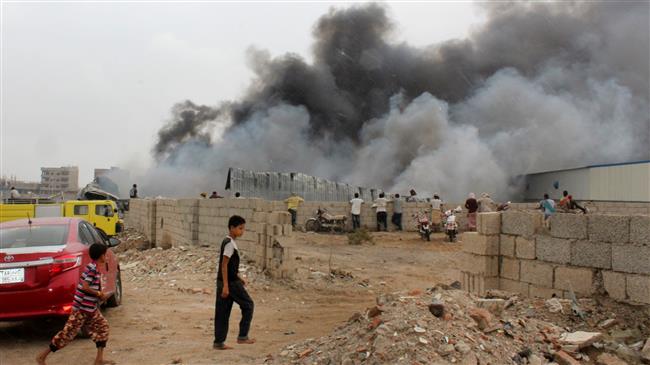 Hadi, who is reportedly under house arrest in Saudi Arabia, released an audio recording from Riyadh, saying the UAE is behind the latest clashes in Yemen’s city of Aden, Watan newspaper reported Sunday.

The UAE, he mentioned, is plotting a coup in the southern port city.

Hadi said the Emirati regime is pursuing its own interests in Yemen and is competing with Saudi Arabia for influence in the impoverished country. Saudi Arabia launched a bloody military campaign early in 2015 in an attempt to reinstall Hadi and crush Ansarullah who administer the capital Sana’a and nearly 70% of Yemen.

Saudi-backed forces loyal to Hadi controlled Aden but were ousted last month by the UAE-affiliated separatists after bloody clashes.

The recent fighting, in which the so-called Southern Transitional Council (STC) turned against their former allies, laid bare the underlying rifts between the UAE and Saudi Arabia and their jockeying for position in Yemen.

The STC first joined forces with the pro-Hadi militants against Ansarullah, but divisions appeared amid accusations that Hadi sought to marginalize the UAE-trained forces.

Riyadh and Abu Dhabi are currently in a damage control mode, sending a “top military and security delegation” to Aden where dozens of people lost their lives and hundreds of others injured in clashes.

Aden lies at the cross-section of multiple trade routes. The resulting commercial importance has prompted a historical struggle over the city’s control.

Lebanon will defend its territory from Israeli aggression: Aoun