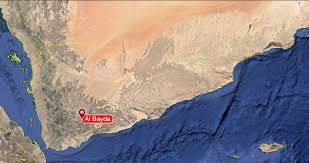 At least 7 civilians lost their lives and several others, including women and children, were wounded as an air raid conducted by the Saudi-led coalition targeted a house of a citizen in al-Horan area of al-Bayda governorate.

It was reported that this crime was committed by the Saudi-led coalition warplanes at midnight, Sunday, targeting a house of a citizen in Horan Qaniyah, Radman district, where 7 were killed, including women and children, and 8 wounded.