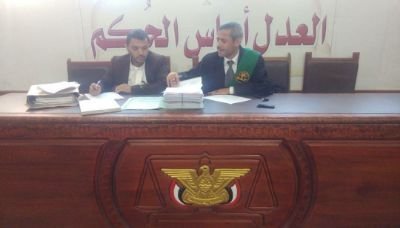 The First Instance Court in the capital Sana’a on Saturday sentenced three defendants to death for collaborating with a foreign country and helping the Saudi Kingdom in its war against Yemen.

The court convicted each of Uqba Jamal Abdullah Nasser, Ali Saleh Abdulrab Ahmed al-Obeidi and Murad Hussein Saleh al-Obeidi of the charges against them in the prosecution indictments and sentenced them to death, as well as ordered the confiscation of the seizures related to their cases.

The prosecution accused the first convict of cooperating with Saudi Arabia, which is in a state of war and aggression against the Republic of Yemen, to recruit forty people and send them to Marib province to join Saudi-led coalition forces and their mercenaries to fight against the Yemeni Army and Ansarullah.

The second and third convicts were accused of collaborating with Saudi Arabia through the disclosure of military information with the aim of bombing military positions and causing damage to the country’s defense force.