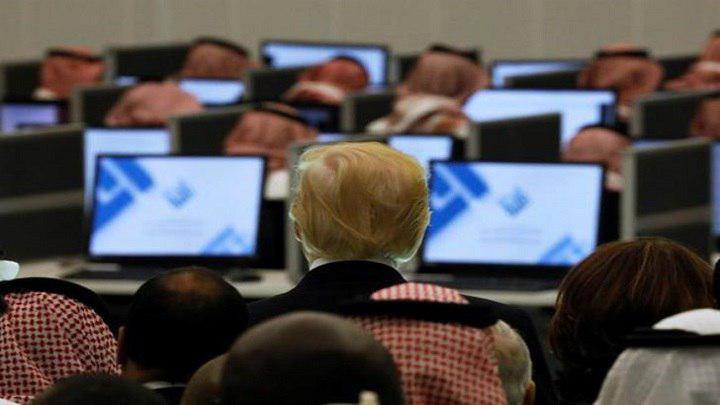 The Saudi-led coalition is still waging psychological campaigns against the Yemeni people without any progress.

Sources inside the coalition in Riyadh have leaked a new plan for a secret institution called “Cold Winds” aimed at spreading rumors in Yemeni circles and underestimating the Yemeni National Army and Ansarullah, attempting to make people lose confidence towards its leaders, members and fighters.

The goal of the secret institution, directed to all social networks, is under the direction of the Palestinian researcher Amin Massoud, 54, a researcher and specialist in communications, as well as a doctor in psychology, according to information confirming that the Saudi Royal Court approved the adoption of 268 million Saudi Riyals for the institution. The amount of money would increase according to the impact and success at work.

The secret institution, according to a source from within the institution, activated (3456) individuals of whom (156) non-Yemenis to do the task. Those who reside in the territory of Yemen are about (1466) and they get paid in their homes while those left are living outside of Yemen.

Their mission is to disrupt the important pages and famous influential writers in the social center and directing insults, accusations and leading the popular community into losing confidence with Ansarullah and their allies.

The media, journalists and anti-aggression activists in social media networks receive a lot of insults from fake accounts, as well as the closure of their pages on Facebook due to the campaign of reports carried out by the Saudi mercenaries against anti-aggression profiles.

The foundation has been in operation for nearly three months, with all its employees using expressions such as “rebels, “Iranian” agents, “backward”, “ignorant”,” “corrupt thieves”).

It consists of about 167 terms and phrases studied and chosen from a specialized team, which were ordered to be generalized.

According to the leaked plan, the secret institution allocates about 876 men and women to work in the popular center, which does not care about the means of social communication and they are in the capital Sana’a, these go for occasions, weddings, streets, mosques, houses and means of transport, in order to create great public tension against the Yemeni National Army and Ansarullah.

Among the tasks assigned to the employees of the institution, which is called “cold winds,” seeks to minimize the fronts and intimidate anyone who has a relationship or any link with Ansarullah to stop and not join them, attempting to prevent them from joining voluntary military conscription, and to counter this “dangerous” mobilization.

The Saudi-led coalition is ready to do the impossible to stop this general mobilization for it has led to tangible and significant impact in the material, moral and human losses among the armies of the coalition forces, led by the Gulf-Saudi countries.

Four years of war against Yemen, where the alliance used its propaganda and military arsenal with all its sinister vices against the Yemenis, did not leave a means or a tool but used it. However, its wailing fills the world, which is considered by analysts as an evidence of failure and defeat and described it as “pain caused by breaking the hands of the aggression.”

The spending of billions on mercenaries to spread rumors among Yemenis to undermine their steadfastness is a firm evidence that the voice of the media front is the highest and its hand is the strongest.

Regardless, the coalition countries, whatever they do, will not get to the steadfastness of the Yemeni people.

Latest Saudi addmission about its losses at the hands of Yemenis

How many more massacres are needed before Britain ends its arms sales?