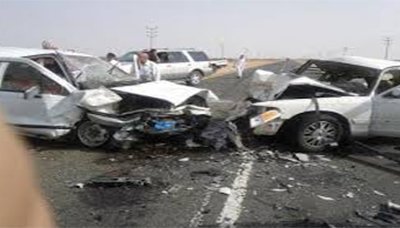 The Sanaa’ traffic announced in its report the death of 98 and injury of 592 in traffic accidents in the capital Sana’a during 2018.

According to the report, there are 366 accidents which resulted in 98 deaths and 592 injuries, including 366 critically injured.