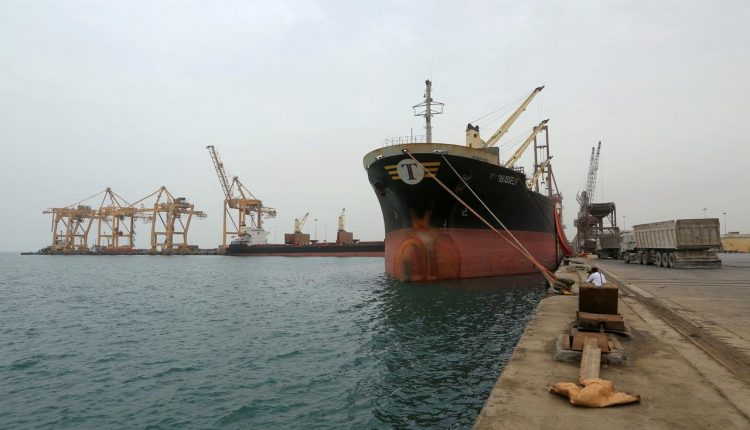 The Saudi-led coalition continues to detain ships carrying oil derivatives in Djibouti, preventing them from going to ports controlled by AnsarAllah, demanding to obtain prior authorization from the Aden Center.

Such practices are seen by Sana’a authorities as an attempt to tighten the grip on the areas under their authority in the framework of the ongoing economic war sponsored by America.

The capital of Sana’a and the provinces under the control of AnsarAllah and the salvation government have been witnessing a crisis of oil derivatives for at least three years. The crisis resulted from the seizure of oil-laden ships in Djibouti under the pretext of fighting Iranian oil smuggling to AnsarAllah.

This led to a 70 percent drop in domestic transport and caused a 5 percent rise in the prices of goods and services. The second threatens hospitals, health centers and factories to stop.

The Saudi-led coalition tried to evade its action by pushing the economic committee formed by the outgoing president, Abed Rabbo Mansour Hadi in Aden, to declare the detention of ten oil vessels claiming that they do not have complete documents and questioning the source of their import and the importer.

However, the owners of these ships denied the validity of the advanced allegations, stressing that the import process was conducted in accordance with the customary international trade procedures and that the source of the import is Dubai, not Tehran, as claimed by “the economy of Aden”.

The weakness of the argument put Hadi’s government in a bind, prompting the activation of Resolution 75 of 2017 mid-last month, which gives the Bank of Aden the right to monopolize imports, and prevents the passage of any shipments of food, medicine or fuel to ports controlled by AnsarAllah without obtaining an advanced license from the Bank.

In an attempt to legitimize the detention of oil derivatives vessels, the Government of Hadi adopted the decision retroactively.

The High Economic Committee in the capital Sana’a accused the Saudi-led coalition and the government of Hadi of “punishing the Yemeni people”, describing their actions as a “new war crime”, which bears the United Nations full responsibility for the humanitarian and economic repercussions of that crime, especially that the vessels are holding more than 142 A ton of diesel and more than 69,000 tons of benzene.

This amount would be sufficient for the local market for two months, not to forget that the ships have also obtained permits for the port of Hodeidah from the United Nations inspection team in accordance with UN Resolution 2216 in Djibouti.

A source in the Committee, in an interview with the «Al-Akbar», noted that «the tightening of the coalition as America stands in the back scenes, economic pressure, and finally the use of oil derivatives as a tool of war, took place after the Saudi-led coalition inflicted severe losses on the battlefield and failing to achieve any military progress during four years.

“The recent economic war, which led to the crisis of oil derivatives’ suffocation in Sana’a, reflects the rejection of the coalition and the so-called Hadi government of any steps to implement the agreement of Sweden.

The source explained that the Saudi-led coalition and its pro-party are preventing the flow of fuel to the port of Hodeidah, coinciding with the acceptance of (AnsarAllah)’s redeployment in the ports of the city, specifically the ports of Saleef and Ra’i Issa.

The UN envoy to Yemen, Martin Griffith, stated that AnsarAllah are prepared to implement the compromise unilaterally and that the movement should be taken seriously.

Griffith also recalled that the agreement of Sweden states AnsarAllah’s redeployment in the ports of Hodeidah, in return for the opening of the Ras Issa oil port, which receives large vessels carrying more than 50 thousand tons of fuel, transfers the UN team to Hodeidah Port, and providing access for the entry of all commercial shipments and food aid without any objection, adding that the government of Hadi rejected the United Nations to move the UN inspection team to the port of Hodeidah late last month.

In response to international action to implement the Swedish agreement, oil derivatives vessels were detained and prevented from entering the port under false pretexts.

The role of the United States has been evident in the recent crisis. The US ambassador to Yemen, Matthew Toler, who threatened the AnsarAllah delegation at the end of Kuwait’s second consultations at the end of the third quarter of 2016, launched a harsh economic war, became a reference to the pro-UAE governor, Hafez Muayad.

Over the last two months, the economic file occupied the forefront of Toller’s concerns, which visited Aden coinciding with the intensification of the crisis of oil derivatives in Sana’a, the city of Aden during the past few days to see the results of the fabricated crisis in the northern province.

In a first-ever event in the history of diplomacy in Yemen, Toller held an extensive meeting last week in the absence of any attendance by the Hadi government, which included a number of economic figures, businessmen and the Chamber of Commerce in Aden, during which many economic and trade issues were discussed.

The United Nations, which confirmed in previous reports that the mechanism of import monopoly through the “Bank of Aden” is a punitive tool, and warned of its humanitarian consequences (also acknowledged by the report of international experts for 2018, which warned of the implementation of this mechanism that would lead to the outbreak of famine, and the rise of victims of epidemics and diseases).

The UN finally intervened, through Assistant Secretary-General Mark Lokoc, and addressed the Saudi-led coalition to release the detained vessels, but “the economy of Aden” circumvented the international organization by only allowing the entry of a ship carrying 15 thousand tons of diesel oil and another WFP ship carrying Sula.

After it forced a trader to abide by its rules, it allowed the entry of a ship holding 9550 tons of gasoline, which will not be enough to resolve the crisis in light of the high demand in the Yemeni market, and the insistence of the Saudi-led coalition and the government of Hadi to reject any economic solutions, but rather intensified the siege by preventing the entry of four new vessels to Hodeidah port during the past two days.