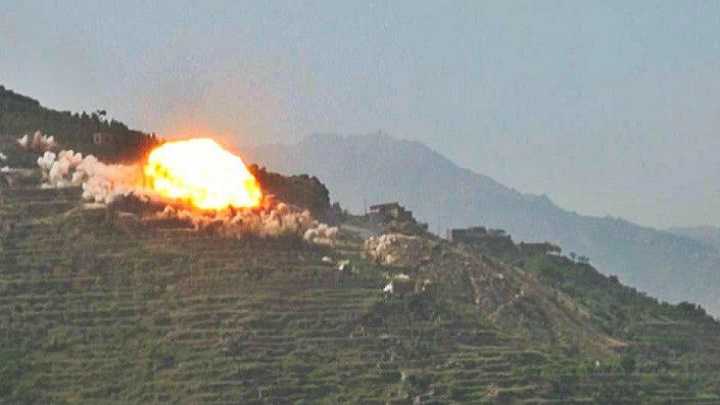 Two women, a child and a man were wounded on Thursday by Saudi American raids, rocketry and artillery shelling on the border districts of Sa’adah province.

The injury of a man and a woman, as well as the damage of citizens’ homes as a result of two raids of the Saudi-led coalition on Bakil area of Razih border district, a local source reported.

He added that a woman was injured and citizens’ houses were damaged by Saudi rocketry and artillery shelling on populated villages in Razih district as well.

The US-backed coalition has also launched a raid on Hajalah area in the same district, the local source added.

In Shada, a girl was seriously injured in the head by Saudi artillery shelling on populated villages in the district.

In light of its defeats on various frontlines and its failure to achieve any of its objectives, the Saudi-led coalition is notorious for its indiscrimination shown by its numerous attacks against densely-populated centers especially in Sa’adah province, including markets, hospitals, and schools.

Tens of thousands have died since August 2015, when Saudi Arabia and a number of its regional allies launched its devastating campaign against Yemen.