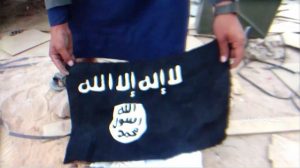 Al-Qaeda fights in favor of Saudi-led coalition in Yemen

According to the sources, in the past months, dozens of al-Qaeda-affiliated operatives have been pushed into the capital of Mahrah province under the supervision of Rajeh Bakrit, the sources said.

The terrorist elements arrived at al-Gheida airport, where Saudi forces have been using it as their military barracks for nearly two years, the sources added

“The arrival of al-Qaeda elements was secured by people and leaders loyal to Rajeh Bakrit and in coordination with Saudi military leaders,” they added.

Thousands of Patients in Risk of Losing their Lives, Saudi-led Siege Prevents Oil Tankers from Delivering Needed Fuel for Hospitals