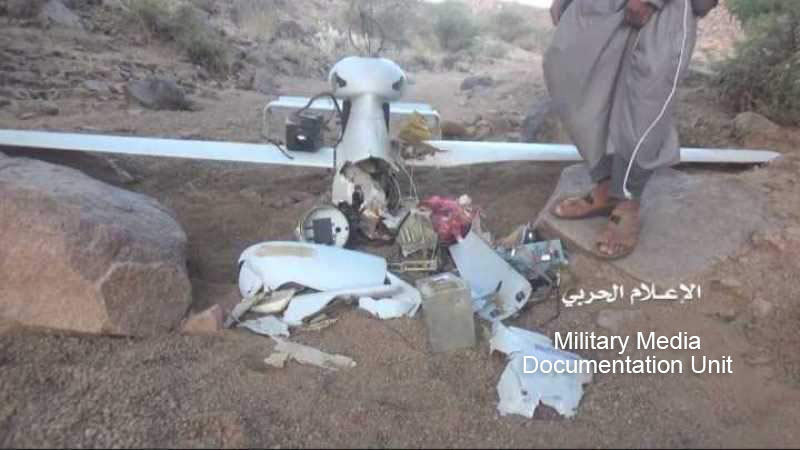 Air Defenses of the Yemeni Army and Popular Committees shot down, Tuesday, a hostile spy drone run by the Saudi-led coalition across Jizan.

A military source reported that the coalition’s spy drone was shot down in Al-Malahit area off Jizan with an undisclosed missile.

On January 14, the Air Defenses also shot down a spy drone run by the forces of the US-backed coalition in Al-Amoud mountain, Jizan, with an undisclosed missile.