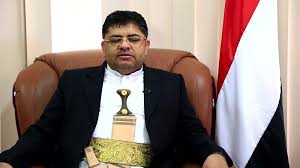 Member Supreme Political Council, Mohammad Al-Houthi, called on both the International Security Council and the United Nations Culture and Science Organization (UNESCO) to actually deliver on their promises, execute their tasks, and fulfill their responsibilities.

He said in a tweet that “we look forward to convening the Security Council to stop the US-Saudi aggression, lift the siege and end the air embargo so that a political solution in Yemen becomes a reality and ends the tragedy of the forgotten war in Yemen.”