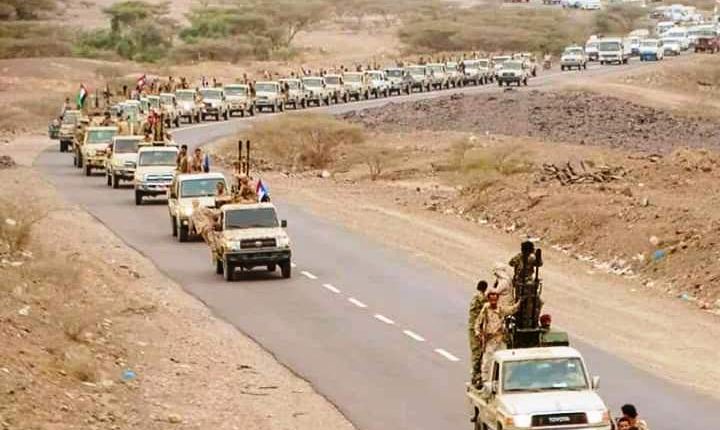 It seems that the Saudis have decided to proceed using the same policy of the Emiratis to attract armed groups in the occupied areas in southern Yemen.

Reports from the city of Aden today, Saturday, indicate that a “dramatic” shift took place in the scene inside Aden. Groups affiliated with the Islah party controlled Craiter district and are besieging Al-Masheeq Palace after gunmen with the Southern Transitional party imposed their complete control over the city of Aden.

Observers believe that the return of Al-Islah militants with such power to control Aden comes in light of new understandings between the Saudis and the Islah party, which have nothing to do with the “Riyadh Agreement.”

Observers say the agreement’s terms were never of interest by the Saudi occupation, noting that it is nothing but a tool used by the Saudis to deal with anyone who disobeys.

Political analysts believe that the alliance between the Saudis and the Islah party will not last long, given the divergent agendas of the two parties. The Islah party works to serve the interests of the international organization of the Muslim Brotherhood, which desires control over everything. As for the UAE and KSA, they do not consider the Muslim Brotherhood a suitable partner for their intentions aimed at defining the fate and wealth of the occupied Yemeni provinces.

Analyst and political activist, Jalal Al-Qadami, adds that the hostility between the Saudi and Emirati regimes stand on one hand, while the Muslim Brotherhood stands on the other. He explains that real harmony and interests will not occur between the two parties, even if they are dirty interests. He goes on adding that history speaks against such fake alliance because UAE and  KSA have always expressed hostility toward Al-Islah and vice versa. Al-Qadami concludes that the return of the Islah militants is no more than a temporary alliance that will be dispelled by a conflict of interests.

A pursuit without conditions

Regarding this issue, political analyst Iyad Al-Muqbali says that the return of the Islah Party to Aden does not necessarily mean excluding the “Southern Transitional” party. He states that there appears to be a tendency by the United States and Britain to grant the Southern Transitional party a major role in the occupied provinces. He adds that one should not be intimidated by the entry of Al-Islah militants to Aden because there is no longer any local party that has its own will for they all pursue the satisfaction of the Saudi-led coalition countries and their interests.

Al-Muqbali adds in his speech that the American deployment that happened during the past few days in Aden and Shabwa remains the most important event. He further describes the rest of the events as small crises, which would lead to nothing major. He also mentions that the United States considers the transitional partner as a preferred partner over the Muslim Brotherhood to proceed with the plan to occupy Yemen, directly by the United States.

Nevertheless, that does not mean that the Brotherhood will not give the United States a hand in occupying Yemen. Al-Muqbali expresses that the Islah party and the Southern Transitional party appear to be in opposition to each other, however, they both serve the American interest against Yemen. The Islah party is said to be recruiting terrorists, while the Southern Transitional claims that it is fighting these terrorist groups.

Previously, the US State Department issued a statement on August 22 last year, in which the legitimate forces accused “Al-Islah” party of providing centers for terrorist groups in Beihan and Ataq. Meanwhile, the US State Department only warned against any combat with the “Shabwani Elite” party after Al-Islah took control of Shabwa governorate and excluded the presence of the legitimate forces from Aden.

These are statements that prevail the truth about the American schemes in Yemen as it divides the roles among different local parties in preparation of occupation, also known as the “divide and conquer” war tactic.