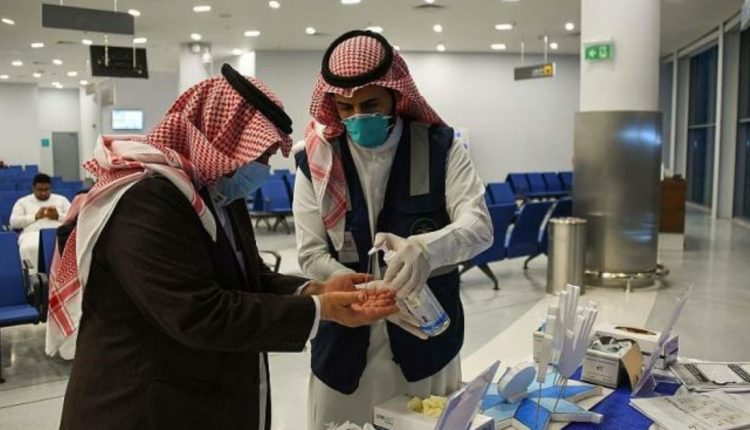 Numerous medical reports revealed that the Coronavirus has spread in Saudi Arabia in the last few weeks in a frightening way.

These reports pointed out that the Saudi government was unable during the past period to control this serious epidemic. The reports also indicated that this virus led to the death of thousands of Saudi people and foreign workers who were unable to obtain the necessary medical assistance.

According to the American newspaper “New York Times”, it revealed that about 150 people from the Saudi royal family have been infected with the Coronavirus.

In the NYT report entitled “Coronavirus Invades the House of Al Saud”, it addressed the spread of this dangerous virus within the royal family, more than six weeks after Saudi Arabia announced its first case. This American newspaper confirmed that the ruler of Riyadh, Prince Faisal bin Bandar Al Saud, is currently in intensive care, at a time when this virus has infected dozens of family members. This has prompted doctors inside the King Faisal Specialist Hospital treating Al Saud to equip about 500 beds in preparation for an outbreak.

This electronic newspaper confirmed that an internal electronic notice sent by officials of King Faisal Specialist Hospital called for the announcement of a “state of high alert” to receive VIPs from the Saudi royal family. In the notice, according to the New York Times: “We do not know the number of cases that will arrive, but we are on high alert,” noting that all chronic cases should be evacuated as soon as possible and new cases shall not be received except those that are very critical. It also indicated that any of the workers in illness must be treated in a less elitist hospital to make room for the princes.

New York Times also described the scene saying that terror spread within the royal family, while it is believed that more than 150 people from the princes inside the kingdom have been infected by the virus. Meanwhile, the investigation indicates that the 84-year-old King Salman bin Abdulaziz Al Saud isolated himself in a palace on one of the islands on the Red Sea coast, near the city of Jeddah. On the other hand, his crown prince, Prince Mohammed bin Salman, 34, withdrew with a number of his properties and consultants to a remote location on the same coast.

As the American newspaper pointed to the justice of this virus in targeting people, it considered that the spread of infections among members of the royal family an explanation of the Kingdom’s rapid response to this epidemic on a large scale.

The newspaper made such judgment based on Riyadh’s acceleration to restrict travel to the Kingdom and cancel visits to holy sites in Mecca and Medina even before it was announced that it had recorded its first case last March.

Later, the kingdom canceled all flights to and from the country as well as within, and announced that it would completely close its largest cities. The country is also considering canceling the pilgrimage season this summer.

According to people and doctors close to the family, the princes may have carried the virus from Europe, where many of them travel routinely to. In contrast, according to three doctors in the Kingdom, the largest spread of the virus was among migrant workers, who make up a third of the population.

In the same context, Professor Stephen Hertog at the University of London School of Economics and a specialist in Kingdom affairs, stated that these foreign workers are now unable to return to their countries due to the suspension of flights and have no access to the necessary medical care.

He also said: “While a number of Saudi princes are being treated in modern Al Saud hospitals and some of them live in quarantine inside their luxurious palaces and private islands, they left the local workers and migrants alone to face their destiny.”

Furthermore, the Saudi Ministry of Health announced yesterday the registration of 762 new cases of Coronavirus (COVID 19), which is a new record in the daily increase rates of Coronavirus infections. This makes it the highest daily infection rate in the Kingdom since the outbreak in early March. The total number of people infected with the virus in the Kingdom increased to 7,142 cases, and the total number of deaths increased to 87 people after recording 4 new deaths on Saturday.

A Rebellion In Hadi’s Legitimacy, and The Indictment Of The First Man In His Government Conspiring To Overthrow Him By Copartnership With An Ambassador.