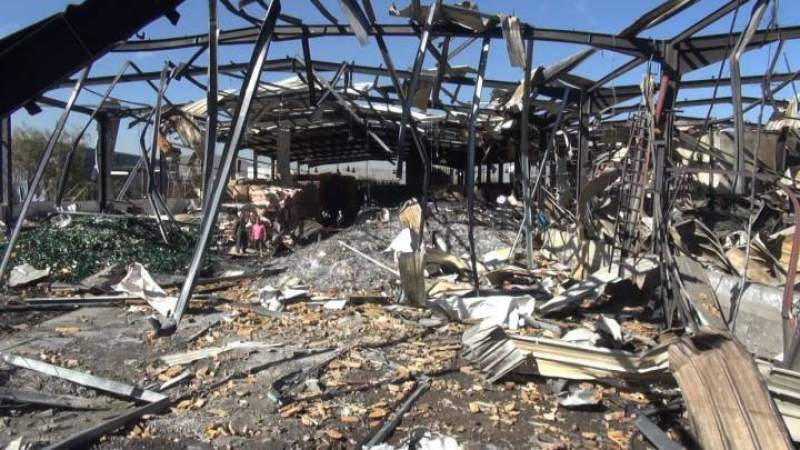 Yasser Al Mansour, Chairman of the General Investment Authority, confirmed that the indirect losses suffered by the investment sectors due to the aggression had even greater influence comparing to direct losses.

Al-Mansour said in a statement to Almasirah, Sunday, that “the countries of the Saudi American aggression target the industrial and investment sectors to preserve us as a market for their products and production lines.”

“Due to the aggression, we lost a large group of investment opportunities and fair agreements that could accommodate thousands of workers.”

Al-Mansour pointed out that the aggression deliberately transformed some industrial areas into a confrontation area, as it did in Hodeidah. He continued saying, “we have 12 projects registered this year related to the pharmaceutical industries, supplies and other services in Hodeidah.”

He explained that the projects that have been able to restart their production lines are few and suffer from the interruption of supplies of raw materials as a result of the blockade. Al-Mansour also confirmed that the number of investment projects directly affected by the airstrikes has reached 64 projects in four important sectors.

Al-Mansour also noted that the losses were endured by 34 projects in the industrial sector, 4 in the agricultural and animal sectors, 14 in the service sector and 7 in the tourism sector, indicating that the losses of fixed assets in investment projects are amounting to 400 billion riyals.

The President of the General Investment Authority indicated that 27,000 workers were laid off after the investment projects were destroyed and damaged.

In the same context, the Acting General of the Investment Authority in Al-Hodeidah, Abdullah Abdul-Baqi, stressed that targeting the economy in Al-Hodeidah does not only mean losing thousands of workers to their work but rather disrupting production and the whole economy. He further explained that it has destroyed and damaged more than 30 industrial projects in the area extending from 4 km to 16 km in Hodeidah governorate, western Yemeni coast.